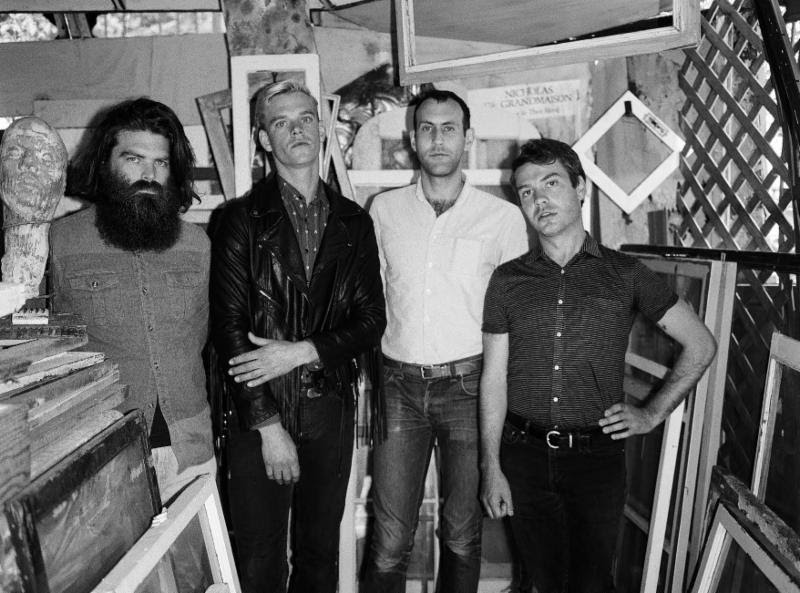 A lot of work went into the latest track from Preoccupations and it shows. Fitting for a band so clearly influenced by post-punk’s industrial bent, the 11-and-a-half minute song is a swirling mass of moving parts. The band formerly known as Viet Cong split the massive runtime of “Memory” equally between mechanical clanging and buzzing, fuzzed out guitar work and soaring heart-on-sleeve indie piano runs. The song’s guest vocals from Wolf Parade’s Dan Boeckner contain as much dour deadpan delivery as they do tender falsettos.

The band earned every minute of the song’s stretched-out epic status by making its creation quite the trip. As guitarist Monty Munro explained it, “The idea we had for [the song’s] arc made it necessary to put more work into it than any of the other tracks. The finished result was worked on in six different studios over almost two years.” He added that Boeckner’s outsized contribution came about naturally. “His vocal was so perfect for it that we didn’t use [vocalist Matt Flegel’s] for most of it.”

“Memory” is the third track we’ve heard from Preoccupations’ upcoming self-titled album after “Anxiety” and “Degraded”. Preoccupations – one of our most anticipated albums of the season — is out September 16th on Jagjaguwar. The band announced a world tour in support of the new effort, and you can check out those.