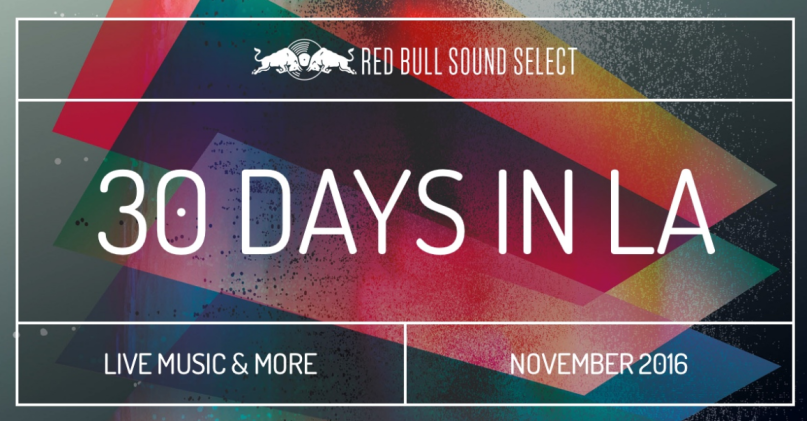 Red Bull Sound Select’s 30 Days in LA concert series returns to Los Angeles this November for its third year. Over the entire month of November (save for Thanksgiving, of course), RBSS will host more than 60 artists in some of the best venues all over the City of Angels.

On top of all this, the AfroPunk Fancy Dress Ball will be part of the festival for its third year with a “celebration of style, live music, deejays, dancing, and visual art” held in the Park Plaza Hotel. Also joining the 30 Days party will be the first-ever Stones Throw Super Fest, a two-stage event in Highland Park to commemorate the 20th anniversary of Stones Throw Records.

Tickets to shows are only $15 or less and go on sale September 30th, but you have to be a member of Red Bull Sound Select to snag them. Thankfully, signing up is free, so just head to the 30 Days in LA website to create an account and purchase tickets. Find the complete schedule below.