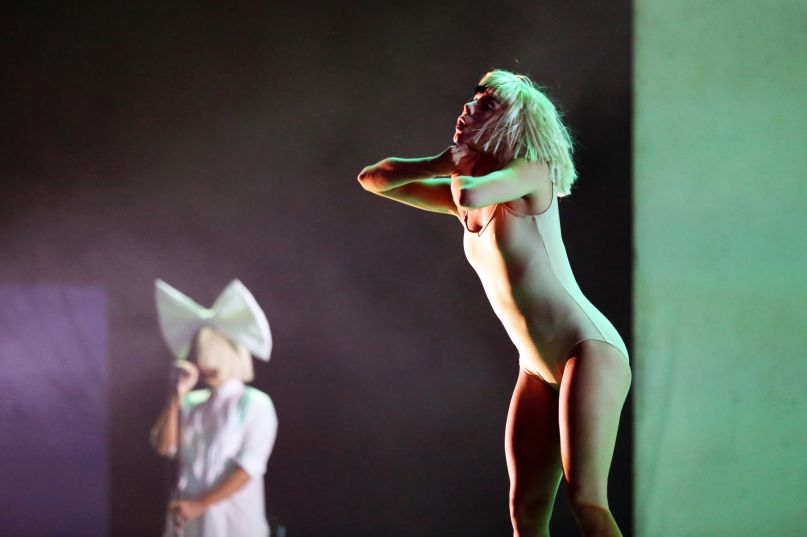 Apple killed the headphone jack and introduced its new wireless AirPods today, but Sia proved that how you listen on your own time is irrelevant: Some artists are still best experienced in a live setting. Appearing at the company’s September keynote event, the Australian singer-songwriter delivered spectacular renditions of “The Greatest” and “Chandelier”.

In typical Sia fashion, the performance featured tight choreography and the presence of young dancer Maddie Ziegler, who first appeared in the 2014 video for “Chandelier” and has collaborated with Sia ever since. Check out some clips below, and read up on the rest of Apple’s keynote event here.

Wow. @Sia and @maddieziegler close out the #AppleEvent with Chandelier. Quite a performance! pic.twitter.com/vE7axyIuEj