Stream: Canadian indie band Royal Canoe’s new LP Something Got Lost Between Here and the Orbit 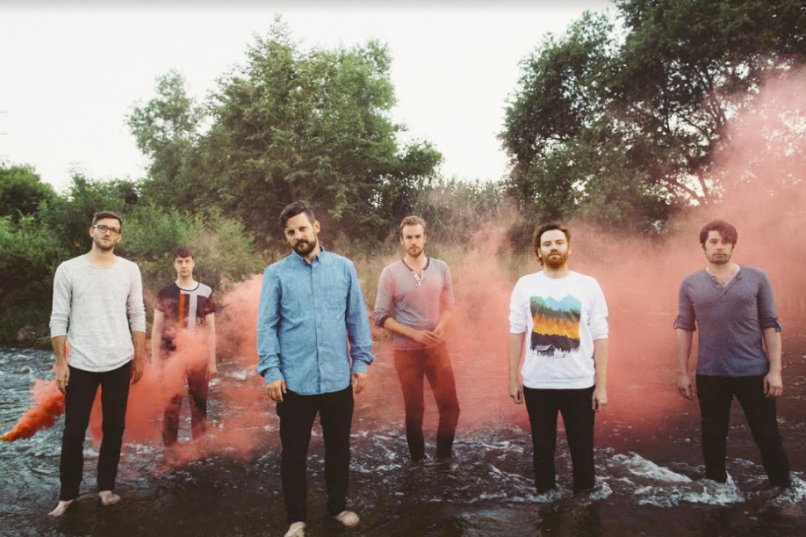 It’s been three years since we last heard something new from Canadian indie outfit Royal Canoe. (And even longer since we CoSigned them back at CMJ 2012.) But in the space since releasing their Juno-nominated 2013 record Today We’re Believers, the sextet have kept far from quiet. Between tours with the likes of Alt J and Bombay Bicycle Club and festival appearances the world over, the band worked on finding new and exploratory ways of expressing their percussive take on indie pop.

Late night recording sessions focused on anchoring their songs with drums and vocals led to the creation of Something Got Lost Between Here and the Orbit, Royal Canoe’s new album due September 16th via Nevado Music. Produced by Ben Allen (Gnarls Barkley, Animal Collective), the LP finds the band stitching their own creative sonic focus onto the backs of various genres.

“Living a Lie” sidles up with an R&B lean, while two tracks later “Love You Like That” flirts with hip-hop; the broken disco of “Checkmate” beats right between them both. “Walk out on the Water” and “How Long Is Your Life?” both pass through Southern gospel, and opener “Somersault” plays around like a prophetic ’90s pop band covering Animal Collective. A song like “Holidays” fuses it all with moments of straight up pop, blue-eyed soul, and even some jazzy instrumentals.

Something Got Lost is available for pre-order now, but you can stream it in advance below.

Royal Canoe will tour North America and parts of Europe in support of the album release. Find those dates beneath the artwork and tracklisting below.

Something Got Lost Between Here and the Orbit Artwork: