Because sometimes one hit is all you need... 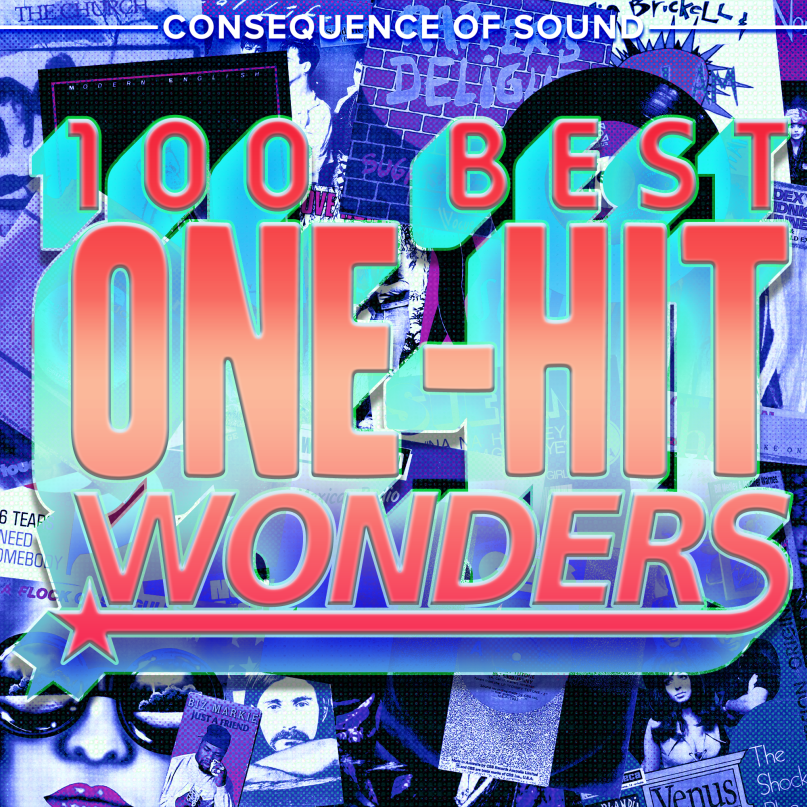 If anyone ever asks you to work on a list of the best one-hit wonders, do yourself a favor: Smile, pivot, and flee full speed in the opposite direction faster than you can say, “Oh … my … God, Becky.” We all know what a one-hit wonder is, right? Um, no you actually probably don’t. We’re still not sure that we’ve got it entirely figured out. The standard definition (determined by who, Right Said Fred?) of a one-hit wonder is a band who has cracked the Top 40 of the Billboard Hot 100 only once. What, you had a late-career single make 41? Sorry, thanks for playing, but charting 41 isn’t the same as 40, right? Um, no … maybe? It gets no easier when you have to wade through dozens of other Billboard charts that count for everything except, apparently, determining a one-hit wonder. And what about all those charts in other countries – yeah, we ignored them. Great, this list is making us xenophobic now.

But that’s getting pretty damn technical, and we’re not numbers people here. Because, technically, Beck is a one-hit wonder. As are the Grateful Dead and even Radiohead if they hadn’t snuck in at 37 with “Nude” back in 2008. Very lucky, Mr. Yorke. Can you imagine if you scrolled through a list of the 100 Best One-Hit Wonder Songs and found Beck sitting at the top spot? You’d collectively crash our site’s server in a contest to see which commenter could say the cruelest thing about our music knowledge, mothers, and cats. Hey, leave our pets out of this.

So, that being said, we all know what the real definition of a one-hit wonder is, right? For us, it’s an act who reached their peak popularity with a high-charting hit and then saw that popularity wane and never return once their song ran its course. They’re an artist, band, or group who we’ll forever identify with one song. Did we still have to make some gut calls? Sure. Technically, Twisted Sister are a one-hit wonder, but we all know “I Wanna Rock” as well as “We’re Not Gonna Take It”. Warren Zevon had a lot more going on than his howling “Werewolves of London”, but the charts don’t tell that story. The Verve? Okay, so we pay some attention to the UK charts. You won’t find them here.

But here’s what we really want you to 100% understand about this list and how it differs from so many other one-hit wonder lists. We actually like all these songs. Some we flat-out love. Somewhere along the line, the term “one-hit wonder” became a dubious distinction, a badge of ignominy. Why? Some bands only score one hit, but some of these songs are so good that those artists only needed one hit to secure their permanent place on our playlists. So, sorry, Toni Basil. Apologies, Sir Mix-a-Lot. No dice, Frankie. See ya back in Hollywood. Yeah, we remember you guys, but that doesn’t mean we want to hear your songs anywhere near as often as we do.

So, here they are. The one-hit wonders that we love best. As a cherry, we even picked out a second song we think could’ve been a hit for each act. But again, there’s no shame in having only one hit. After all, these one-hit wonders have something that 99.9% of the acts out there don’t have and never will. That’s right. A hit.