The 20 Best Sci-Fi Albums: From Misfits to Radiohead

by Allison Franks and Frank Mojica 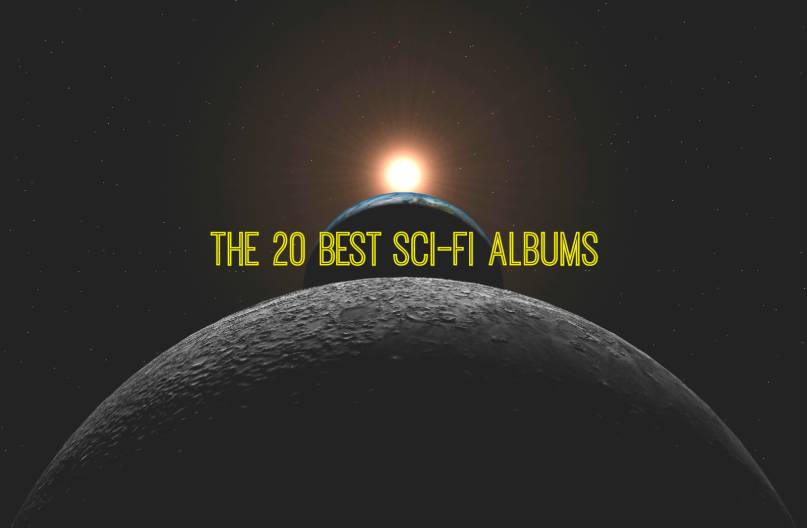 “Individual science fiction stories may seem as trivial as ever to the blinder critics and philosophers of today – but the core of science fiction, its essence has become crucial to our salvation if we are to be saved at all.” –Isaac Asimov

“I grew up obsessed with science fiction, and when I was really young, I wanted to be a scientist.” –Moby

Since the age of reason, science fiction has bloomed inside our inquisitive minds — from ancient mythology to xenomorphs to The Age of Spiritual Machines. Over the last few decades, however, modern science and various technological breakthroughs have broadened the genre’s creative sandbox, bringing us startlingly advanced CGI graphics, headlines about cloning, the oddball resurgence of (gulp) steampunk fashion, and, of course, those “breathing” sex dolls that look like something straight out of Tales From the Crypt. Sometimes, it’s next to impossible to draw the line between fiction and reality.

Music’s no stranger to such a genre, of course. This week alone, we learned that Tame Impala’s “Eventually” curiously ties together with Stanley Kubrick’s landmark 1968 science fiction spectacle, 2001: a space odyssey. In light of this discovery, we decided to revisit our favorite science fiction-related albums. From Misfits to Radiohead, Pink Floyd to Iron Maiden, you’ll no doubt be thrilled by some of our choices. So, set your phasers to stun and buckle up for the ride of your life.

Note: This feature originally ran in September 2013 and has since been modified.