A burn so subtle no one initially noticed 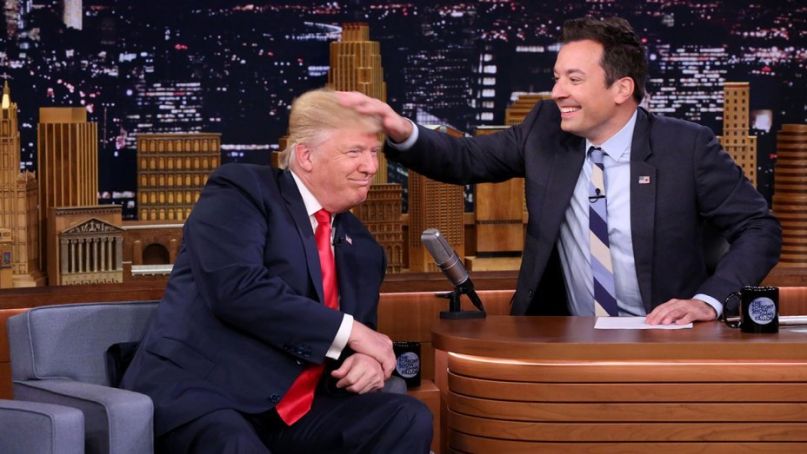 Jimmy Fallon is still being raked over the coals for his fluffy interview of the GOP’s fascist frontrunner. But even if Jimmy wasn’t down to crucify Donald Trump on the Tonight Show stage, The Roots managed to air their feelings about the short-fingered vulgarian without anyone noticing.

According to ThinkProgress, Fallon’s house band played a snippet of Erykah Badu’s “20 Feet Tall” as The Donald entered. While the New Amerykah Pt. 2 track deals with toxic relationships on a personal level, the excerpt Black Thought chose to rap was perfectly suited to bash Trump.

“And you, you built a wall, a 20-foot wall, so I couldn’t see,” he said, referencing Donald Trump’s promise to build a wall on the United States’ southern border.

It’s not the first time that The Roots have thrown shade with a song. They played on one-time presidential candidate Michelle Bachmann with a take on Fishbone‘s “Lyin’ Ass Bitch” in 2011 and caught a fair bit of heat for it.

This also isn’t the first time that Trump has been trolled by a musical act on late-nite television. When Raury performed on the Late Show With Stephen Colbert the same night as a Trump interview, the Atlanta rapper wore a Mexican soccer jersey to let the Republican candidate know exactly what he thought of him.