How long will it take before Glenn Danzig and Jerry Only want each other's skulls? 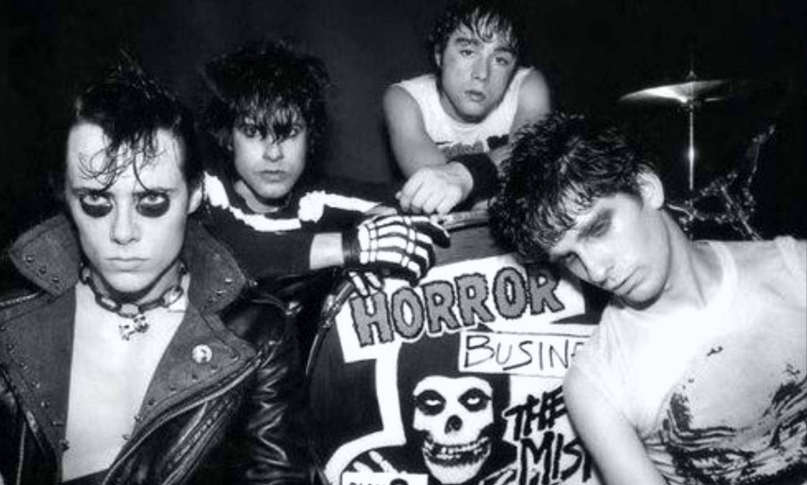 Punk as Fuck is a monthly column in which Associate Editor Collin Brennan discusses issues in punk music and culture. With the Original Misfits set to headline Riot Fest Chicago, this month’s column examines the philosophical differences that might spell doom for the band’s reunion.

We tend to look at the past through rose-colored glasses, but Glenn Danzig remembers his early punk days in a darker shade, splattered with a sloppy goulash of booze and blood. “We were angry, pissed off, and we dressed in fucking black,” he told the crowd at Riot Fest Denver during the Misfits’ first performance in 33 years. “We were always getting into fights and shitloads of fucking trouble every night. That’s pretty much what punk was back then, getting fucked up and fucking people up. At least in New York City.”

That’s a pretty myopic view of a scene that gave birth to neo-dadaist artists The Plasmatics, political agitators Reagan Youth, and even the Misfits themselves, who cared enough about their own horror punk aesthetic to construct an exhaustive package of lyrics and imagery around it. But then, Danzig has always functioned as his own personal myth-maker, and part of the frontman’s allure lies in his unwillingness (or inability) to ever fully separate fact from fiction. His description of punk in 1970s New York City sounds like a scene out of The Warriors, and that’s probably how he genuinely remembers it.

The great thing about Danzig — and the main reason the Misfits have floundered in his absence — isn’t his rich, tuneful baritone or his beefcake physique. It’s the fact that somewhere, deep down in the pit of his dark heart, Danzig actually believes all this shit. He called his first band the Misfits not only to honor Marilyn Monroe’s final film, but because that’s how he genuinely viewed himself: as a misfit, a social outcast.

It’s obviously not uncommon for punks to frame themselves in these terms, but Danzig’s strain of iconoclasm is more extreme than most. It extends not just to modern society or political institutions but to most anything that’s widely accepted as fact. This inevitably bleeds into an acceptance of folklore, superstitions, and conspiracies that most people would consider just a bit crazy. Here’s a video of ’80s Danzig talking about his book collection, which includes such titles as The Werewolf by Montague Summers (“There’s lots of great werewolf stories in here. All documented, all true.”) and The Occult Roots of Nazism (“Every schoolchild should have this book. Heh.”):

Last Halloween, some friends and I decided to form a Misfits cover band for a one-off show in Chicago. We called ourselves The Omelet of Disease after that line in “Where Eagles Dare”, and I played the part of Danzig, which meant that I had to really study the lyrics to a bunch of Misfits songs I’ve been casually listening to since middle school.

In doing so, I came to appreciate Danzig’s commitment to the Dark Side as something deeper than fantasy or tourism. While listening to the Misfits’ early catalog — and I mean really listening — a funny thing happened: My bullshit meter refused to go off. I’m fairly convinced that Danzig is the only lyricist in history who could have come up with songs in which babies are indifferently killed off in the opening lines and skulls are fetishized as sexual objects. What’s more, he’s the only guy who could have delivered them with the unironic sincerity that made the Misfits so terrifying and hilarious at the same time. “I want your skulls” is a patently ridiculous line, but I’ll be damned if I’m going to a dinner party with that guy.

Lots of vague reasons have been offered as to why Danzig and the Misfits parted ways back in 1983, with the frontman’s out-of-control drinking and the rest of the band’s breathtaking lack of musicianship both cited in various interviews over the years. But the truth between the lines is a simpler one: Danzig refused to draw strict boundaries between his reality and the band’s reality, while his longtime partner/friend/counterpart Jerry Only never fully embraced the “getting fucked up and fucking people up” ethos. Only and the other guys probably never actually believed in werewolves, either.

This philosophical divide was all but confirmed back in 2010, when Only appeared on the cable-access show Blairing Out with Eric Blair and talked about how his outlook on the band — and life in general — differs from Danzig’s. “You can go see a horror film, something really gory and bloody, and have a good time with your friends,” he said in his ridiculously non-threatening Jersey Italian accent. “It doesn’t mean you’re going to behave as such. And that’s the difference between me and Glenn. Glenn is trying to impose the behavior aspect upon the people in real life, and the thing is, we’re a sci-fi band.”

In the same interview, Only admitted that he considers Jesus Christ his lord and savior and went so far as to label his version of the Misfits (the band reformed without Danzig in 1995) a “family band.” I don’t want to pick on Only too much here, but the notion that any band that sings about brain-eating zombies and dead cats hanging from poles can be a family band isn’t just absurd; it’s a direct affront to Danzig’s belief that punk rock should be scary, dangerous, and antithetical to traditional notions of morality.

Contrast Only’s Blairing Out interview with Danzig’s from just a year earlier, and it becomes even more clear that the two aren’t even reading from the same book, much less on the same page. Danzig opened by saying that he got into music because “I hate everybody” and then proceeded to call the Judeo-Christian version of Jesus “phony.” You hear that, Jerry? Those are some fightin’ words.

Danzig also made clear — in that interview and several others — that he was not open to the possibility of a reunion, but we know how that story goes. The Misfits (er, the Original Misfits) have already completed their first reunion show in Denver, and they’re scheduled for a second this coming weekend at Riot Fest Chicago. By all accounts, that initial show went over well, with fans exulting in a 26-song setlist that leaned heavily on material from the band’s first two albums — 1982’s Walk Among Us and 1983’s Earth A.D./Wolfs Blood — in addition to 1997’s Static Age.

In an interview Rolling Stone conducted with Only and guitarist Doyle Wolfgang von Frankenstein briefly after they left the stage, they even hinted at the possibility of new music on the horizon. “Why don’t we work together and make the greatest album ever?” asked Only, seemingly oblivious to the fact that he and Danzig have always approached the Misfits from fundamentally opposed vantage points.

Of course, Only has proven over the years that his belief in the Misfits’ money-making power is his guiding principle. It’s what led him to reform the band in the first place after his weird Christian metal project Kryst the Conqueror failed to generate converts, and it’s what led to the lucrative (and ludicrous) merchandise deals that Danzig took issue with in a 2014 lawsuit. If Only has decided that having Danzig on board is the best way to profit going forward, he’ll probably be on his best behavior and not force the issue when it comes to the frontman’s religious beliefs.

But let’s be honest with ourselves: Is there any way this could possibly last? When science fiction meets reality, one of the two is bound to give, and some bridges can’t be rebuilt no matter how many wads of money you prop them up with. I think back to that post-Denver interview, and a sick feeling starts to settle in my stomach.

“Didn’t it seem retro?” asked an enthusiastic Only. “It seemed really old-school. It’s like a time warp. We’re reliving stuff we wrote when we were kids … Everybody that I saw had a smile on their face.”

Good luck asking Danzig to settle for smiles. If the past is any indication, sooner or later he’ll be wanting skulls.