New album due out in 2017 via Fat Possum 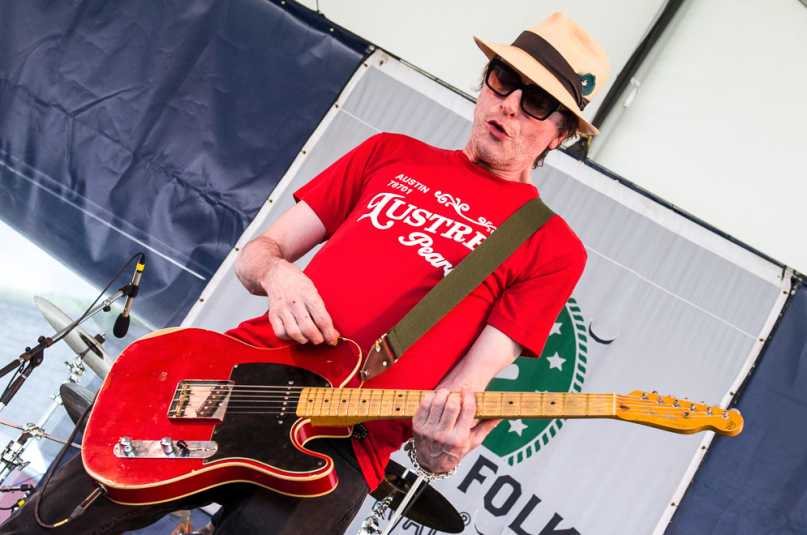 Bassist Tommy Stinson formed his Bash & Pop project in the wake of The Replacements’ 1991 breakup. The band released only one album, 1993’s Friday Night Is Killing Me, before Stinson moved on to focus on other projects, including two solo albums (2004’s Village Gorilla Head and 2011’s One Man Mutiny) and the great ‘Mats reunion of the 2010s.

Today, Stinson announced an end to Bash & Pop’s 22-year hiatus and promised a new album, possibly titled Anything Could Happen, due out in 2017 via Fat Possum Records. In a note, he mentioned his desire to get back in the studio and record live with a full band as the impetus behind the reunion. He also confirmed that the album will be available for pre-order via PlegeMusic. Check out the full note below:

You’re hearing it here first: A new Bash & Pop record is coming! Yep, that’s right! No shit! Since recording my last two solo records in a rather piecemeal way, I found myself longing to make a record in the same way that we made the early Replacements records: live, in the studio, as a band. The last record I really did that on was called Friday Night Is Killing Me.

What’s the difference you say? Allow me to explain.

Whether I’m wearing my artist or producer hat, I will forever lust after the capture of lightning in a bottle, no matter how incomprehensible or daunting it may seem. Since early 2015 I’ve been recording new songs with new and old friends, cutting all of them as live as possible without losing too much fidelity nor over-thinking the songs.

Recording live with a band is the only way I know this to be done. As the life of this project developed, the elements of what make a band a BAND started to appear: The spontaneity, the solidarity, the piss, the vinegar, the good times and the angst. These are all of the things that I think make for a great rock n’ roll record; like a car careening helplessly off the road, only to be spared catastrophe at the very last second.

Here’s a list of my friends that I have to thank for helping to shape the new album:

I’m happy to announce my partnerships with Fat Possum Records and PledgeMusic to help bring “Anything Could Happen” to you.

By pre-ordering the record via PledgeMusic, you’ll become a part of the process of making of this record. Not only will you have the opportunity to buy the new record in whichever format is best suited for your listening pleasure, but you can also purchase one-of-a-kind items, merchandise and experiences only available here for a limited time! You’ll be able to purchase everything from high quality vinyl, cassettes, CD’s and MP3’s to instruments, lyric sheets, posters, framed photographs, and so much more. You can see our first show as Bash & Pop at the historic 7th Street Entry in Minneapolis, and I could even crash your wedding and flaunt my ordained status to officiate it!

As an added bonus, a portion of the proceeds of this campaign will benefit the Timkatec trade schools in Port-au-Prince, Haiti. As you may know, there is still a dire need for us to help these great young people learn how to rebuild their fractured nation. They desperately need any help that any of us can give, no matter the monetary amount. I chose this school after visiting their graduation in 2011 and seeing for myself what a big part of the long-term solution it is for the people and infrastructure of Haiti.

Be a part of the fun!

And stay tuned for upcoming tour dates in a city near you!

Bash & Pop’s debut album, Friday Night Is Killing Me, will be reissued on vinyl in January 2017 via Sire/Reprise and is also available for pre-order. Revisit the album’s title track below.