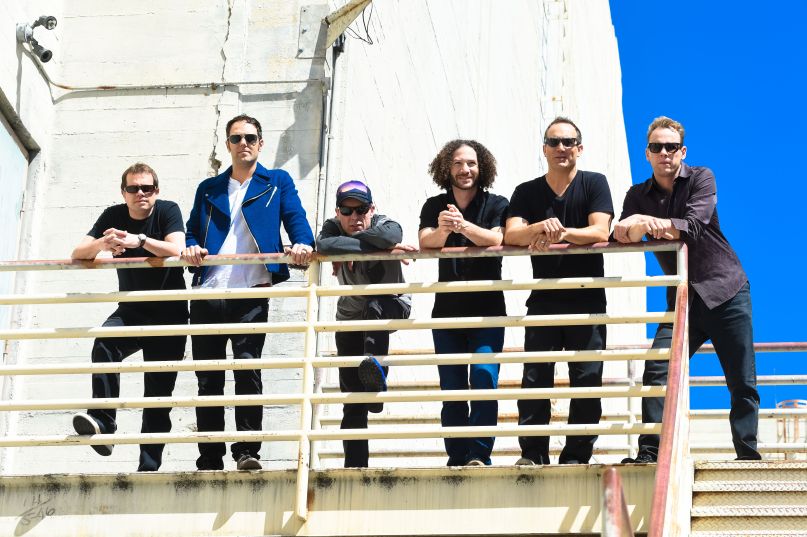 Most bands would have a pretty difficult time pulling off a Radiohead cover, much less mashing it up with two other covers and sprinkling some improvisation on top. Umphrey’s McGee are not most bands. The Chicago prog outfit have made a name for themselves by going where no other rock group has dared, and their latest album/experiment might go down as their craziest yet.

ZONKEY is a collection of 12 songs that mash together various covers, and the results fall somewhere between inspired and insane. This is especially true of the song the band has shared with us today, “National Loser Anthem”. As its title sort of suggests, this one’s a mashup of Radiohead’s “National Anthem”, Beck’s “Loser”, and Phil Collins’ “In the Air Tonight”. That distinctive Radiohead guitar riff bleeds into a chorus that blends alt-rock and hip-hop, and all of a sudden you’re scratching your head and wondering, “How the hell does all of this actually sound this good?”

It helps that the band has had some practice. Eight years ago they started performing live mashups during their annual Halloween concerts, and ZONKEY is very much a descendant of that cherished tradition. But what was the inspiration behind this particular mashup?

“Initially, I thought Beck’s ‘Loser’ was a great candidate for a mashup because the chorus is so addictive,” explains the group’s Brendan Bayliss. “Once I started playing it against other tunes, I knew it would work with several different songs because the structure is pretty much one key the whole time. Everyone knows it, so I think it was easy for the other guys to imagine it played against Radiohead, before even trying it.”

They threw Phil Collins on top because the drum fill seemed to make perfect sense, and the rest is history. “I remember the first time we played it live,” says Bayliss. “It was a joy to watch the crowd’s reaction as they figured out what was happening.”

Listen in to “National Loser Anthem” below, and don’t hurt yourself trying to figure out what’s happening — just enjoy the ride. ZONKEY, which, by the way, used no samples in the production, drops November 11th