A scene from the latest episode of Bourdain's Parts Unknown 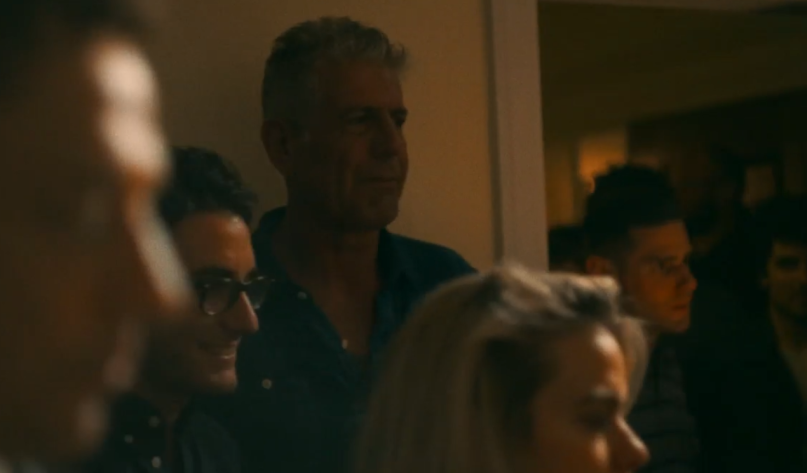 The city of Nashville is the focus of the latest episode of Anthony Bourdain’s Emmy Award-winning travel and food docu-series Parts Unknown, and would you know it, the city’s own Jack White makes an appearance. In a preview clip released in anticipation of Sunday’s airing, Bourdain caters a party at the house of Kills/Dead Weather singer Alison Mosshart. White, Mosshart, and the rest of The Dead Weather provide the musical entertainment with a cutting rendition of “Hang From the Heavens”, performed in Mosshart’s living room. Oh, to be a fly on that wall.

Update: Bourdain discussed the episode in a essay posted to CNN. “If any ‘guest’ on our show should ever get a producer credit, it’s Alison. She single-handedly wrangled, coerced, cajoled and organized appearances by both The Kills and The Dead Weather on our show – a logistical feat on par with the invasion of Normandy. She opened her Nashville home, ‘Disgraceland,’ to us, our crew and an army of invited guests…She liquored us up on fine tequila, made sure that I, and every member of my crew had an awesome time in Nashville, and that we would, all of us, wake up with unexplained bruises and Mosshart-designed tattoos. No one has ever been nicer or more awesome.”

This is not the first time Bourdain has found himself in the presence of music industry elite. Josh Homme and Iggy Pop have been featured in previous episodes. Homme and Mark Lanegan also penned the show’s theme song.