A Losing Game: Amy Winehouse’s Back to Black a Decade Later

How complicit are fans and media in pushing troubled artists down self-destructive paths? 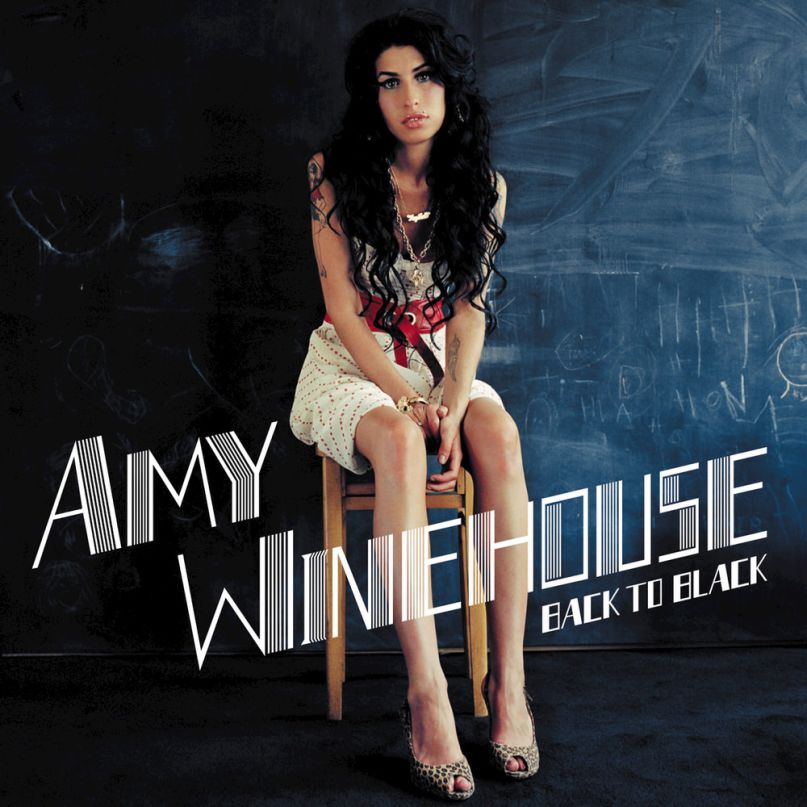 Dusting ‘Em Off is a rotating, free-form feature that revisits a classic album, film, or moment in pop-culture history. This week, Frances Welch raises some difficult questions as Amy Winehouse’s mega-selling Back to Black turns a decade old.

The death of icons reveals a strange cultural phenomenon — even though we don’t know these people, where we were when they died is forever etched into our minds. Every generation experiences at least one iconic death, an unforgettable, often tragic, moment that leaves us asking each other, “Where were you when you found out? Who were you with?” When musicians like David Bowie, Prince, Kurt Cobain, and Jimi Hendrix were alive, they had fans whose lives were deeply affected by their music, listeners who, at times, may have felt that the only people who could truly understand them were these distant artists. And when those artists passed, their fans placed them even higher on a pedestal of greatness, fully aware that the world had lost someone irreplaceable.

For some of these artists, their misery was our medication. We connected to their pain, subconsciously or otherwise, in some cases commodifying that hurting into a No. 1 record. We were an audience who listened and connected, and, to this day, we still find comfort and salvation from our own suffering through their music. These artists shared their vulnerability with the world, a beautiful act that affected the lives of the millions who loved them.

But at the same time, audiences can overindulge, taking more than an artist can offer. Like us, some of these artists needed help, but society seemed to take them for granted or ignore the warning signs, raising the question of whether we contributed to their self-destruction. Take Amy Winehouse. Where was the positive recognition that she receives today when she was still alive, the loving posts on social media, the lists naming her as one of the greatest singers of our time? What made Amy Winehouse’s struggle less accepted and acknowledged than others who went down the same self-destructive path? We need to ask ourselves to what degree we all — fans and media alike — may have been complicit in her death.

Winehouse ultimately died of alcohol poisoning, but her truth is that she was a victim of public mutilation, an example of cultural culpability. Within her lyrics, inside her craft, she offered up extreme vulnerability, but we didn’t respond like she was a real person. We suffocated her with ruthless photographers, humiliating headlines, and before we knew it, there was nothing left to give. After only 27 years, Amy Winehouse evaporated right in front of us.

Even if we weren’t die-hard fans, the signs of her tragic end were all around us. There was no avoiding those cruel gossip magazines lining the grocery store checkout lanes. Press photographers would loiter outside Winehouse’s London apartment, antagonizing her for days until she broke. She’d want them off her property, and they would snap photos of her in the process and then label her as unstable across front pages the next day. These photos were telling the audience how to feel, creating an image of Winehouse that was provoked. She endured more than her fair share of public criticism, from being called “Wino,” a media headline favorite, to being named “Villain of the Year” by NME.

As listeners, we needed her, to hear her story and feel her pain, and yet it was all ridiculed to the nth degree. Why? Did we see some part of ourselves in her by connecting to the instability? Was Winehouse vilified because we demanded that she give more of herself when there was nothing left? Did she somehow owe the world more pain because she had already expressed so much of it through her music?

We can say that we never saw it coming, that the signs weren’t that obvious, refusing any trace of responsibility. But was there anyone more publicly sick yet brutally shamed for their illness than Winehouse? It took her death for the world to realize that we had lost one of the greatest singers of all time, and the most tragic part is that Winehouse never wanted any of this. There’s a home video of her speaking about what would happen if she were to become famous, and she responds: “I don’t think I could handle it — I’d go mad.” We were dealing with someone who clearly knew the limits to what she was capable of handling, and after she reached a certain level of fame, her vulnerability pushed her into a downward spiral and the media latched on for the ride — cashing in on her suffering. And our dollars, our morbid fascination, gave the industry the go-ahead to profit off her pain, to exploit every ounce of her, which only further fed the demons that ultimately took her from us.

And what a talent we lost. Winehouse had the ability to lyricize her pain in a way that audiences could experience vicariously through her, pushing the listener into the deepest emotional oblivion, a beautiful yet infinitely lethal gift that she held like a poison apple. Eventually, Winehouse would bite into that apple, but not before her final 11 songs on Back to Black, an album released 10 years ago that solidified Winehouse’s spot as one of our era’s finest singers and lyricists.

Audiences initially found her to be an enigma, unsure how to absorb Winehouse as an artist. Sam Shaker, an owner of a London club Winehouse regularly performed at, recalled to Rolling Stone: “She goes on the stage, and I didn’t know what she was doing: Was she drunk, was she stoned? It didn’t make any sense. But then I heard her voice. The band had to stop.” As soon as she sang, it was as if she could freeze time, stopping everyone in that moment. Her voice flowed like a hazy ribbon of the deepest shade of blue velvet — creating the sound that is Amy Winehouse.

By the time Winehouse released Back to Black, she had created her image as a 21st century retro wannabe heartthrob: foot-tall beehive hair, thick-winged eyeliner, and a petite frame that was conducive to the fragility of her soul. Her music, her soul, it was all unique, never adhering to the mold of what is deemed mainstream. But her craft came from her failure to fit in, society’s failure to understand her — the battle of being an old soul in a young body, unable to be what everyone else wanted. She had the ability to express vulnerability. In every ounce of her pain, we felt it all, we identified with it, and we wanted more of it so we could know we weren’t alone.

Winehouse used her music as an outlet, a way to handle the never-ending battles with others as well as her own demons. Just a glance at her lyrics and one could know something wasn’t right, that this artist was struggling. She delivered Back to Black with her heart on a platter, leaving no room for doubt that this album was a cry for help, a fatal love record that became 2008’s album of the year.

The track titles alone spell out the message of the album: Winehouse was suffering — blatantly from heartbreak and subtly from addiction. The first song off the record, “Rehab”, is eerily reflective of Winehouse’s short-lived life, her fate summed up in the hook: “They tried to make me go to rehab/ I said, No, no, no.” It’s no secret that Winehouse suffered from addiction, but listening to this record now is like that feeling you get when you touch a fur coat — it’s a beautiful record, but she went through a tortuous hell to create it.

Her turbulent relationship with then-husband Blake Fielder-Civil was the subject for songs like “You Know I’m No Good”, a lyrical diary that makes you hate this guy. She’s begging for this man, blaming herself for everything that went wrong, but what went wrong was him. Fielder-Civil was the worst of them all, enabling her with drugs and alcohol, leaving her and then coming back once success for Winehouse rolled around again. In the lyrics, she’s having a conversation with herself: “There’ll be none of him no more/ I cried for you on the kitchen floor.” She came so close to grasping his toxicity in her life, but then she was drawn back in.

But then we have “Tears Dry on Their Own”, a song with an ironic twist. Salaam Remi and Mark Ronson produced this album to replicate upbeat ‘50s and ‘60s girl groups, mixing it with modern-day pop. The track sampled Marvin Gaye and Tammi Terrell’s “Ain’t No Mountain High Enough”, a sentiment between two lovers who promised that no matter the distance, their love was strong. But then there’s Winehouse over the sample, pleading: “When we were at our height/ Waiting for you in the hotel at night/ I knew I hadn’t met my match.” Winehouse wrote and co-wrote every song on this record, so the sampling didn’t go unnoticed by her. The signs were all around us — if not via straightforward lyrics, then through subliminal messages from sample tracks. But maybe we just weren’t paying close enough attention, distracted by progressions camouflaging the sadness behind Winehouse’s lyrics and overlooking the hovering irony within the song that went unnoticed by so many.

Back to Black raises the question of whether the severity of Winehouse’s suffering enhanced her success. Like all of the icons tragically inducted into the 27 club, her artistry was the beauty of the beast, a terminal talent that came at her own expense. Winehouse shared a similar soul with the likes of Janis Joplin, Jimi Hendrix, and Kurt Cobain — they all gifted the world magnificent masterpieces with cutting honesty at the forefront.

On July 23rd, 2011, Amy Winehouse passed away. By the end, she was wrung dry of all creativity and mocked relentlessly by the media, a recipe that would put anyone at odds with survival. Could we have saved her if we had better recognized or understood her illness, rather than using her talent and addiction for our own amusement? She wasn’t the first victim and won’t be the last, but we need to recognize that collectively as a society, we have the ability to abuse those we admire. We have to step back and acknowledge our influence. Is that magazine we’re buying a part of the problem? Is that reality show we’re watching actually hurting its cast? Amy Winehouse’s story is that of an inimitable talent meeting a tragic end far too soon. The only beauty in her tragedy comes through the music she left behind — there she remains frozen in time as a talent of the rarest form.