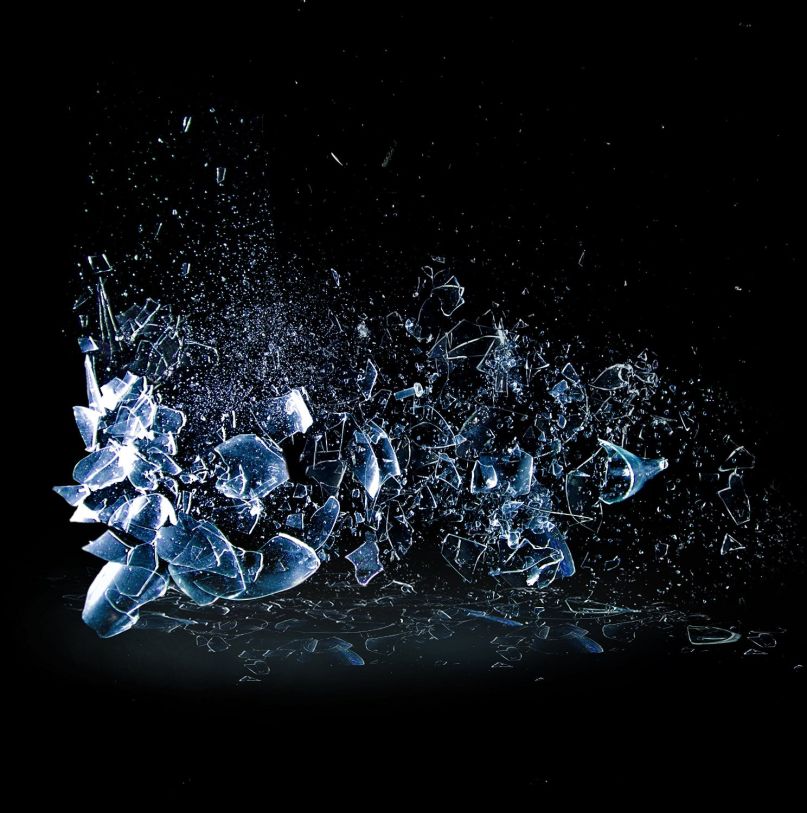 Over nearly 20 years, Dillinger Escape Plan have established themselves as one of the most exciting and innovative acts in the metal world, running their intense exercises through math rock, prog, post-hardcore, and who knows what else. They were capable of beating listeners about the ears and lulling them into a meditative state, sometimes switching methods at the drop of a hat, sometimes doing it all at once. Their experimental tenacity seemed designed to break down any and all boundaries, and yet, unfortunately, there’s one boundary Dillinger Escape Plan can’t outlive: their own. The New Jersey quintet are now releasing their sixth and final album, Dissociation, a record that comes closest to reaching the insane heights of their 2007 peak, Ire Works.

As should come as no surprise to any fan, Dissociation lives up to expectations only by being totally unpredictable. The separation of a complex whole into its parts, the album title could refer to the dissolution of the band, or it could refer to the concept of segments of a personality or mental processes separating from normal consciousness or behavior. Either way, opener and lead single “Limerent Death” lays the groundwork well, the musicians finding a perfect unity of sharp edges and layered blacks, like an intricately designed tattoo sleeve. The title refers to the end of a romantic state of mind, and the song echoes that frustration and rage. Greg Puciato’s lyrics dissolve at the song’s conclusion, repeating: “I gave you everything you wanted/ You were everything to me” until he reaches those iconic howls and shrieks, the song crumbling around him. The whole thing comes apart, the feelings of the past felt so viscerally until nothing can be left.

As always, Dillinger Escape Plan know how to balance that schizophrenic fury with more moody fare, immediately following “Limerent Death” with the slowly washing “Symptom of Terminal Illness”, Ben Weinman and Kevin Antreassian sketching out fragile lines and morose, distorted chords in equal measure. Even the relatively mellow moments have their own brain-folding bursts of intensity, as with the surprise jazz breakdown in “Low Feels Blvd.” or the swooning strings and sweet falsetto of “Nothing to Forget”.

The massive “Wanting Not So Much As To”, meanwhile, intertwines the two approaches into a single track, Billy Rymer’s ability to keep up with the disparate rhythms and paces as astonishing as ever. “Fugue”, as might be expected from a song whose title could reference both a contrapuntal music technique and a brief flash of reversible amnesia, breaks outside of even that duality, its skittering and slippery electronics akin to Aphex Twin, Rymer yet keeping pace.

The title track closes the album on an appropriately dramatic note, more lush strings swinging into place like a curtain. That too subsides, though, industrial electronic rumble and clang swiftly taking its place, Puciato arching over the top, his epic rock voice one of the most evocative in the game. After over three minutes of build, Rymer’s cymbals and toms pop into place while Puciato’s voice gains a shadow choir of harmony. The instruments fade away, leaving him alone on an appropriately dramatic finale: “Finding a way to die alone.” And then, if you’re lucky, you have time for the record to loop back over again, the thundering of “Limerent Death” kicking the whole swan song over again.

It’s difficult to say whether it’d be more frustrating for Dissociation to be great or terrible. If it were terrible, we’d bemoan the fact that Dillinger Escape Plan went out on a whimper rather than a bang. But as a fantastic final album, we’re all left wondering what they might have come up with next. But, in a sense, it’d always be best to treat Dissociation outside of its context; Dillinger Escape Plan always seem to be too many steps ahead to be treated within any basic narrative. Their final record is fittingly cyclical, beginning in the death of love and ending in death alone, full of transportive moments and beauty along the way. And though there may never be another Dillinger Escape Plan record, this one is perfectly suited and deserving of massive replays to come.

Essential Tracks: “Limerent Death”, “Wanting Not So Much As To”, and “Dissociation”