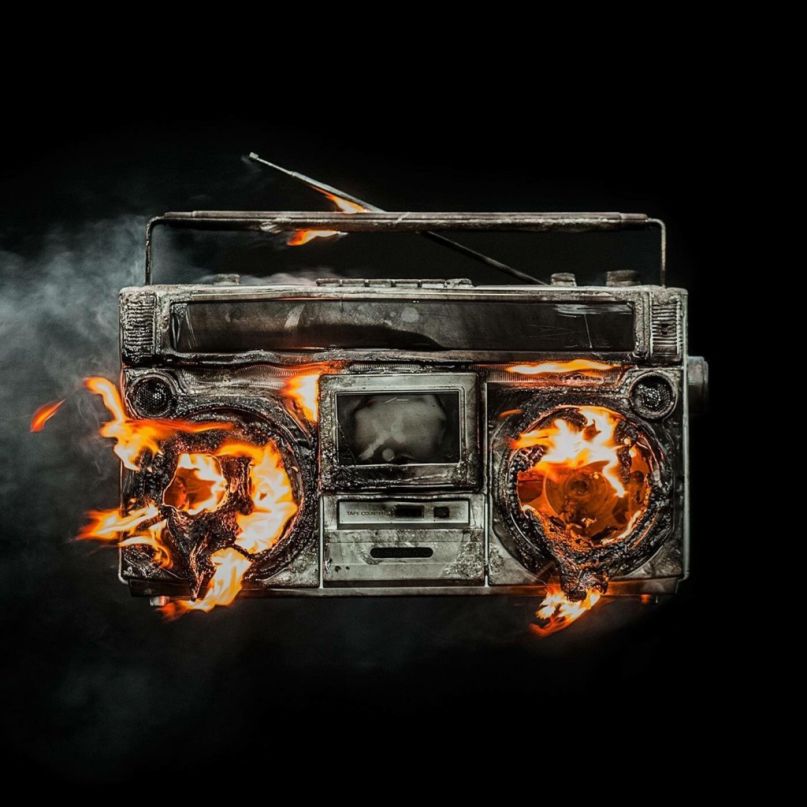 Here’s a story that should sound familiar: Aging pop punk trio Green Day, on the brink of obsolescence, fleeing the spotlight for four years in order to regroup, rebrand, and return with an album destined to convert the next generation of teenage rebels. That’s how it played out back in 2004, when Billie Joe Armstrong and co. released the massively successful American Idiot and proved that they had somehow aged in reverse in the four years since the false start of adulthood that was Warning. Released on the brink of Dubya’s second presidential term and riding a fresh wave of political angst, American Idiot sounded anything but washed up. On the contrary, it ushered in a hugely ambitious renaissance of the band’s career, with another rock opera (2008’s 21st Century Breakdown) and an album trilogy (2012’s much-maligned ¡Uno! ¡Dos! ¡Tré!) following on its heels in the coming years.

(Read: Every Green Day Album from Worst to Best)

The time, it would seem, is ripe for Green Day to dig back into that same playbook and come up with another touchdown to extend the game. America is on the verge of putting another idiot into office, the 21st century has continued its ongoing breakdown, and millennials really seem like they could use some political direction, even if it’s couched in the black-and-white terms of “Know Your Enemy”. And it’s not as if folks have totally lost interest in the alternative bands that dominated the early aughts; hell, if Blink-182 can stage a decent comeback with two-thirds participation, who’s to say Green Day can’t usher in another Golden Age with Tré Cool behind the kit and Mike Dirnt holding down the bass?

And so we have the origin story for Revolution Radio. Like Bruce Wayne heeding the Bat-Signal, punk rock’s grizzled superheroes have decided to suit up again and take on the world with power chords, punched-up drums, and snotty calls to action backed by two- and three-part harmonies. They dropped the new album’s first single back in August with a literal bang — well, two of them. From its frenetic four-chord chorus to its snarky lyrical treatment of a hot-button political issue, “Bang Bang” is instantly identifiable as a Green Day song. The fact that Armstrong can convincingly snarl lines like “I am a semi-automatic lonely boy” at the age of 44 only goes to show how well the formula works, and how deeply it has seeped not only into the band’s veins, but into the very fabric of punk culture.

(Read: In Defense of Green Day)

“Green Day is back!” the headlines boldly proclaimed, their optimism fueled in part by an interview with Rolling Stone in which the band confirmed that they would be cutting down on the theatrics and getting back to a simpler, more refined brand of rage. “This was me, Billie, and Tré firing off each other in the same way as if we were practicing for Kerplunk,” noted Dirnt, invoking the ghost of early Green Day in a way that seems offhand but was clearly aimed at fans who fell off the bandwagon years ago.

The problem with Dirnt’s little tease of an assessment, however, is that Revolution Radio does not come across as the work of a band just riffing in the studio, free from the concerns of adulthood and the baggage of expectations. That version of Green Day has long since been replaced by a more manicured specimen that considers its actions and reactions with utmost care, which isn’t so much a criticism as an acknowledgement of what inevitably happens to bands that become world-famous for doing a thing and doing it well.

And one thing 21st-century Green Day does well is put on a show. For all the talk about how Revolution Radio gets back to basics (and how its cover looks like something straight out of ‘97), opener “Somewhere Now” finds Armstrong in familiar territory: Standing at centerstage with the lights down, a punk rock Homer invoking his muse with the aid of a battered acoustic guitar. And then the lights go up, the bass and drum kick in, and we get a Broadway-ready anthem that would have felt right at home on the front end of 21st Century Breakdown, right down to the harmonies that uncannily echo that album’s title track. After two rock operas and a bloated album trilogy, it turns out that balls-to-the-wall excess can be a hard thing to kick.

Regardless of how you feel about Green Day’s recent output, they deserve credit for seeing their concepts through to the end. American Idiot and 21st Century Breakdown worked in large part because they committed to their own sense of grandeur, scoffing at the notion that punk by definition is loud, fast, and to the point. Even ¡Uno! ¡Dos! ¡Tré! weathered the storm of rolled eyes and emerged as a plucky kind of tiresome — like a marathon completed in six hours, it’s both an accomplishment and kind of a letdown. Compared to those three projects, Revolution Radio sounds confused and, at times, shockingly average. The title track’s opening riff sounds like it could have been lifted off any Epitaph Records compilation from 2001 to 2006, and the chorus is similarly paint-by-numbers pop punk.

That’s not to say it’s bad, but the only reason we’re even talking about Green Day in 2016 is their steadfast refusal to do anything that’s expected of them. Whether it’s reaching back to the cinematic heights of American Idiot (the string-heavy power ballad “Outlaws”) or repeating buzz phrases that sound vaguely political without actually taking a stance (“Troubled Times”), Revolution Radio plods its way down roads the band first stomped on years ago. In a career filled with euphoric highs and honorable lows, this might be the first album that sits exactly on the middle of the scale, dipping its toes into every possible outcome but refusing to dive in and embrace either comfort or chaos. Even the rollicking “Say Goodbye”, with its revving guitars and time-sensitive lyrics about “cops on patrol,” leaves only the lightest of impressions, as if it were a mere pinprick instead of a punk rock dagger aimed straight for the heart of the establishment.

The album is more interesting — though not necessarily better — when it either lets loose or goes for broke. The simple-minded but effective “Bouncing Off the Wall” is a gloriously snotty sign of what could have been if Green Day had actually loosened their collars a bit more. “We’re all bloody freaks/ And we’ll give you the creeps,” is an Armstrong lyric that fans of any era can get behind, recalling the band’s Dookie-era grotesqueries without seeming like a rehash. Similarly, “Too Dumb To Die” starts off sounding like an informal solo jam and then blasts into outer space, catching the listener off-guard in the way “Somewhere Now” was probably supposed to but never quite achieved. The hand-claps may give it a thin layer of cheese, but that hardly matters when everyone sounds like they’re having this much fun. “Forever Now” comes the closest to the band’s rock opera days with a nearly seven-minute runtime, but in the context of an album that takes relatively few chances, it still registers as a breath of fresh air.

When all the dust has settled after ordinary acoustic closer “Ordinary World”, we’re left with the impression of an album that never quite knows what it wants to be. The title hints at a rejection (however woefully outdated) of mainstream radio, and yet songs like “Still Breathing” sound engineered to sit alongside other motivational pop anthems in the daily rotation. Now, it’s perfectly fine to be confused when you’re a group of forty-somethings still playing a version of the music you grew up on and even helped shape. Relevance is harder than ever to come by these days, and a band of veterans can be forgiven for taking a few too many steps out on the wrong ledge. What sinks Revolution Radio toward the bottom of Green Day’s discography is its insistence on backing away when the ground starts to crumble. This version of Green Day would rather spin in circles than sail off into the abyss, and that’s not a version we’re prepared to defend.

Essential Tracks: “Bouncing Off the Wall”, “Too Dumb To Die”, and “Forever Now”