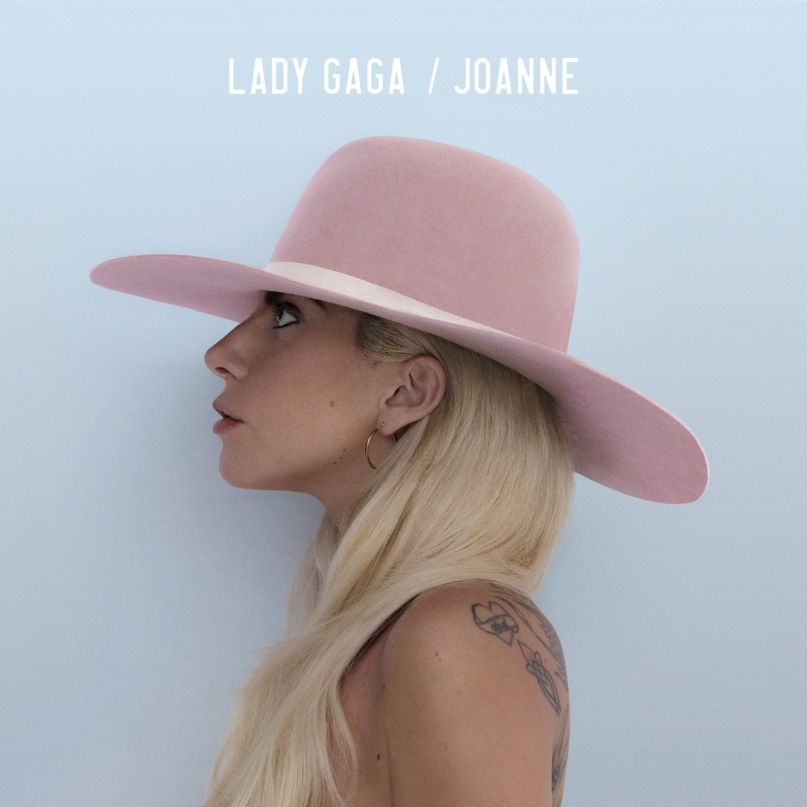 Lady Gaga may be pop’s version of multiple personality disorder, but on her latest record, a prominent stab at genre promiscuity can’t hide the voice and the heart at the core of her talents. Many artists have an Artpop in their catalog, an album so off-base that it forever defines their output into “before” and “after.” In Gaga’s case, the “before” was pop perfection: a string of endlessly danceable, empowering singles that raised her profile from one of many experimental singer-songwriters eking out life in New York City to Mother Monster. The “after” was a calculated attempt at rehabbing an image that musically had begun to succumb to excess.

Since Artpop, Gaga swapped out raw meat fashion choices for career moves designed to highlight what has always made her a diamond in the rough. She joined up with Tony Bennett for a duets album and put her acting skills on display with a starring turn in American Horror Story: Hotel. With Joanne, Gaga attempts to come full circle and once again inherit her role as pop’s most daring denizen. Forgoing pitch correction and embracing scaled-back production, the result is an album that plays to strengths but in doing so, avoids risk.

Opener “Diamond Heart” begins with a preview of the vocal prowess Gaga highlights throughout the record. With a writing assist from Queens of the Stone Age’s Josh Homme, the song is built on a slithering guitar line and noticeably lacks the bells and whistles that have become a hallmark in Gaga’s production. Some credit is due to producer Mark Ronson, who has a co-writer credit on ten of Joanne’s eleven tracks and has become the go-to guy when a songstress is in need of a dose of retro.

Brief trips to the past are frequent on Joanne, like the spur-stomping “John Wayne” or the ’60s girl group horns and harmonies on “Come to Mama”. Gaga covers a lot of ground, straying heavily into country but never resting in one place for too long. On “Dancin’ in Circles”, she invites Beck to help her push a cheeky metaphor of self-pleasure to its breaking point, reinforced by hip-hop tones that feel wholly out of place on a record that is much more Wild West than dance floor.

Some collaborations fair better, like the Florence Welch-assisted duet “Hey Girl”. The two dazzling voices join on a slow-jam groover that makes the point of needing to work together instead of at odds, Welch and Gaga belting out their notes in unison. The lyrics are simple, but the point is well-made, and look out if this track ever gets its live debut. Ronson and co-producer Bloodpop give a honky tonk shine to “A-YO”, peppering in hand-claps and dirty guitar into a song one could easily see belonging to the likes of Kelly Clarkson.

With each new guest assist (and there are many), the combinations aren’t always as promising. For “Sinner’s Prayer”, Gaga brings in Father John Misty behind the scenes to literally add some bells and whistles to a rather straightforward and unremarkable gospel number about heartbreak. One is hard-pressed to see what Tame Impala’s Kevin Parker added to “Perfect Illusion”, Joanne’s first single and a rather tepid, radio-ready club burner that is sorely lacking bite. Taken as a whole, Joanne is a fractured affair, but one with more good than bad.

On a recent three-date dive bar tour to promote Joanne, fans clever enough to figure out the locations — or wise enough to just live-stream the gigs from (*shudder*) Bud Light’s Facebook page — saw Gaga in full cowgirl regalia. Watching her in the intimate setting taking on the tracks of Joanne, the immediate question becomes about self. Is this just the latest costume for an artist who has thrived as an enigma, or are we finally seeing who Stefani Germanotta truly is?

The answer of course is almost certainly somewhere in the middle. Gaga isn’t naked on Joanne, but she has stripped off the flank steaks and Auto-Tune. The result is a work that may not close any circles, but instead start the pattern of a new shape: something weird, but compelling, and largely authentic. Gaga may have an Artpop in her catalog, but now she has a Joanne too, and that’s a good thing.