Pianist steps back toward the smooth, jazz-inflected tones that made her a household name 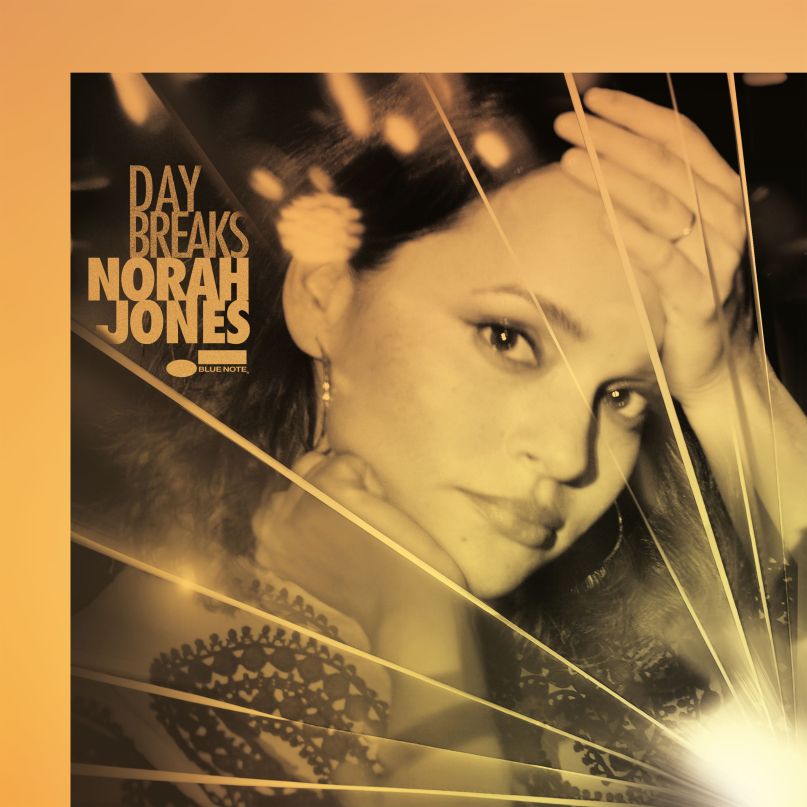 Rightful or not, Norah Jones was painted into a corner by the massive success of her 2002 debut album, Come Away with Me. She got a serious boost from Starbucks and the record came out on Blue Note, meaning that the coffeehouse jazz tag stuck hard. Jones’ smoky, smooth voice and low-tempo singles didn’t shake that perception either. She pushed hard on later records like the strong Little Broken Hearts, diversifying her genre choices almost to her own detriment, ranging from indie pop to cinematic Western. In a sense, new album Day Breaks feels a bit like a return to roots, Jones dipping a toe back into the easygoing jazz-tinged style that got her a diamond-certified record. The record retains some of the boundary-pushing and the jazz doesn’t always thrill, but it’s a record on which Jones sounds entirely familiar.

Part of that feeling likely comes from the presence of jazz legends and standards, Jones slipping herself into something more comfortable. Wayne Shorter appears on opening track “Burn”, his soprano saxophone the perfect burnished, bright counterpart to Jones’ velvety lead. Elsewhere, Lonnie Smith adds organ and backing vocals and Brian Blade plays drums, while other familiar names to jazz fans spot the tracklist. Her take on Duke Ellington’s “Fleurette Africaine” goes on a long, slow boil, her nimble piano as important as her resonant vocals. She sounds empowered on Horace Silver’s “Peace”, calmly insisting on the song’s title: “Life’s true meaning comes to you/ And the freedom you seek is one/ Peace is for everyone.”

But the comfort comes from more than just jazz: Jones explained to Billboard that she wrote much of the album on her “kitchen piano” (oh, what it must be like to be a billion-record-selling musician), nearby to the spot where her two-year-old son would hang out before bed. There’s also a Neil Young cover, one on which Jones gives her own spin, singing from a female perspective and wearing white Chucks instead of Young’s bucks.

As you might guess, Jones sounds best when incorporating jazz flourishes into her own milieu. The excellent “Flipside” spends most of its time on rippling piano (Jones’ rich soloing is a revelation, the proof of her instrumental skill that should quiet those rolling eyes at the “Don’t Know Why” singer) and lyrics about a vague sort of freedom, but one line feels particularly telling: “I finally know who I’m supposed to be.” Sure, it comes in the midst of sentences that might tip a more societal freedom and oppression (“Your temperature’s well past a hundred and two/ Put the guns away, or we’ll all gonna lose”), but she sounds so emboldened that a more personal reading is hard to ignore — even if Jones herself laughs it off.

The Vince Guaraldi tones on “And Then There Was You” could be a little sleepy or entirely romantic, depending on the setting — a common theme for Jones’ jazz tendencies. The simmering title track gains a lot from Shorter’s saxophone, bringing a spacey feel to the extended solo jam, while the bluesy “Once I Had a Laugh” uses a fuller horn section to boost Jones’ already luscious voice.

Though some of the tracks feel a little too comfortable — the hook to “Tragedy” lollingly repeats its title, and “Sleeping Wild” meanders too far from memorability — it’s good to hear Jones easing into her sound rather than pushing out so aggressively to prove herself. Her voice has always been rich and captivating, and here she puts the focus squarely on that, making sure her experimentation comes to support it. The result feels more confident, Jones once again the alluring vocalist and slick, skillful pianist that first made her a household name.

Essential Tracks: “Flipside”, “Once I Had a Laugh”, and “Burn”