Plus, the band covers the "Ghostbusters" song and debuts new material at secret show 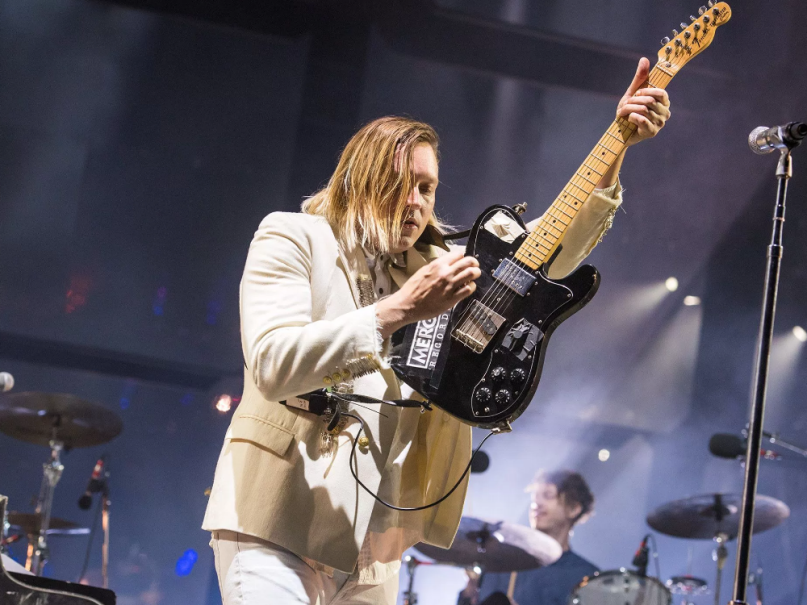 Will Butler previously hinted that a new Arcade Fire album could be here next spring. Judging by the band’s new material-filled Voodoo Music + Arts Experience this past weekend, that timeline looks to be holding up.

Prior to headlining Voodoo, Arcade Fire played a secret show at New Orleans’ Secondline Stages. The intimate gig’s 200 or so attendees were forced to give up their phones upon entry, but according to a Nola.com reporter, the band played a number of new songs, described thusly: “a storm of dynamic, danceable rock. The new music, driven by percussive-heavy beats with a flavor of disco, had a sharp focus on weighty topics.”

For their proper set, the Canadian indie rockers delivered a 19-song set that spanned their entire discography. Amidst tracks like “Wake Up”, “Sprawl II”, “Neighborhood #3”, and “Here Comes the Night Time”, Butler sang a new melody and asked the audience to repeat it aloud, a moment which he recorded for use on Arcade Fire’s next album, the follow-up to 2013’s Reflektor.

Toward the end of their performance, the band also mixed in bits of Ray Parker Jr.’s “Ghostbusters” theme song into their Funeral track “Rebellion (Lies)” as well as took the time to call out oil and gas company BP for the 2010 Deepwater Horizon spill that contaminated the coastlines of Louisiana.

Below, watch footage of the audience singing the new melody and the “Ghostbusters”/”Rebellion” moment.

The sample Arcade Fire apparently plan to use on #AF5.