Blade Runner sequel gets title ahead of 2017 release

Plus, a photo of Harrison Ford and Ryan Gosling on set with Denis Villeneuve and Ridley Scott 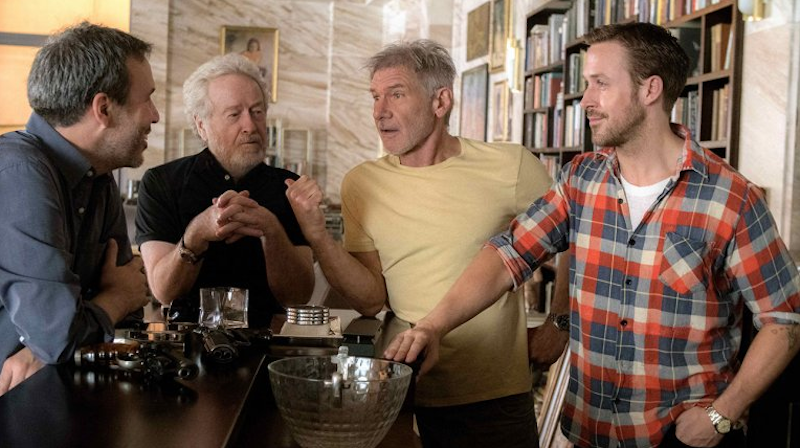 Exactly one year out from its release, the title for director Denis Villeneuve’s upcoming Blade Runner sequel has been revealed. Set thirty years after the original, the new film will be logically called Blade Runner 2049.

In addition to announcing the title, Alcon Entertainment has released a photo of (left to right) Villeneuve, Scott, Ford, and Gosling on set. There appear to be some futuristic weapons on the table in front of them, so have a look up above.