The follow-up to the promising songwriter's June EP 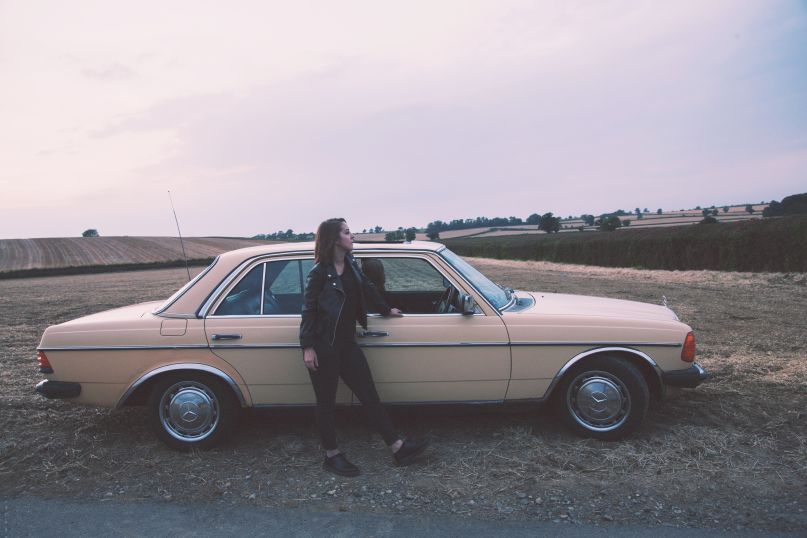 Britain’s Charlotte Carpenter dealt with the aftermath of a breakup on her How Are We Ever To Know EP, which was released back in June and came anchored with excellent songs like “Am I Alone in This?” and “Burn”. Now, with the passing of time, the rising singer-songwriter’s wounds have healed somewhat and she’s looking toward the future with a different, more invigorating perspective — a new outlook which she’s captured in her latest single, “Fire”.

Like a sequel to “Burn”, the track sees Carpenter leaving the ashes of her past behind in order to brazenly pursue greater, bigger, hotter things. “I see flames, but not the burning kind/ I see flames, that make me come alive,” she sings, her soulful voice at times a raspy mix of unabashed hunger and seductive mystery. Echoing the press picture above, Carpenter is ready to ride, no longer a heartbroken lover, oppressed by her own pain.

Carpenter offered more background on the song in a statement to Consequence of Sound:

“Fire is a song about taking risks. It’s about feeling vulnerable in a positive way; as though it’s okay to be less in control. Shortly before I turned 25, I felt as though I was living a little differently to what I had in the past. I felt as though I was re discovering myself as a woman; taking risks; being less careful and living with less concern. It’s a song about intimacy also, and feeling love and lust as a young woman and being liberated by that. Feeling heavily inspired by my femininity, I felt a passion and a hunger which had a big effect on my song writing and playing. Fire came about one afternoon, when I felt as though my life was about to take a very interesting turn, and it’s about embracing that feeling of change, and seeing where it can take you.”

Stream “Fire” below. Pre-order it here before it drops on December 2nd via Let It Go Records.