Christine and the Queens perform “Tilted” on Fallon — watch 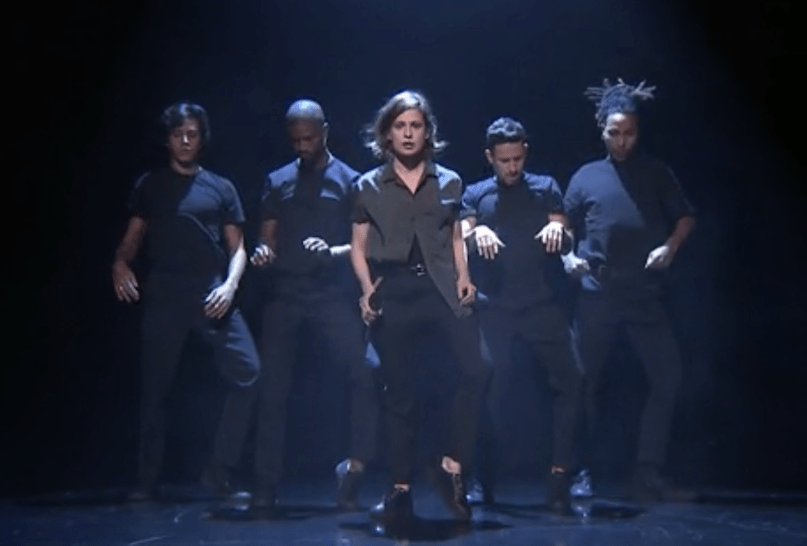 After impressing audiences on the festival circuit over the summer, Christine and the Queens are back in North America for a fall tour. Among the scheduled stops: The Tonight Show Starring Jimmy Fallon, where the French synthpop outfit performed on Thursday.

Dressed head to toe in black, Héloïse Letissie — the mastermind behind Christine and the Queens — masterfully sang and danced her way through single “Tilted”, spirit fingers and precise yet graceful leg kicks galore. Consequence of Sound‘s own contributing writer Edward Dunbar described a recent festival set as “one of the most fantastic” and it’s clear to see just how Letissie is able to light up a stage so effectively.

Catch the replay below, followed by Christine and the Queens’ upcoming tour dates. “Tilted” is off the band’s well-received self-titled debut.