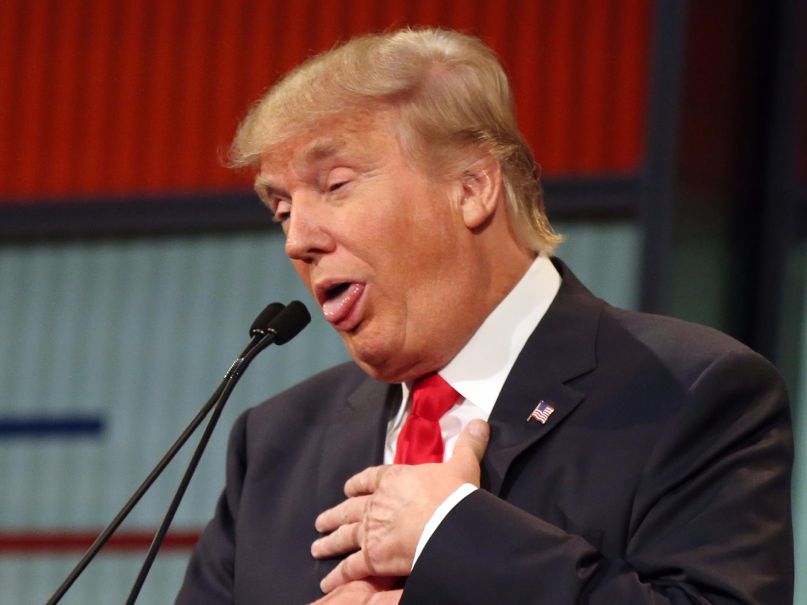 Author Dave Eggers and Noise Pop Festival producer/artist manager Jordan Kurland have gathered a long list of artists for 30 Days, 30 Songs, a new website and music series whose mission is to stop Donald Trump, proven creeper and serial misogynist, from being elected the next President of the United States. As its name suggests, each day until November 8th, Election Day, a band will share a new, anti-Trump song.

“As artists, we are united in our desire to speak out against the ignorant, divisive, and hateful campaign of Donald Trump,” the site’s About page reads. “We will not be duped by Mr. Trump’s rhetorical contortions, by his pandering and lies and false promises.”

“Donald Trump would subject the country to the same hateful cycle of drama and madness that we have been assaulted with for the last year,” it continues. “He will continue to demonize minorities and objectify women. He will throw the economy into chaos and gut environmental regulations. He will devastate our standing in the world.”

Based on the last 72 hours alone — which saw Trump admit on tape to sexual assault, confirm that he hasn’t paid taxes in decades, prove he knows next to nothing about foreign policy, and threaten to kill democracy at its core by promising to jail his political rival should he take office in January — I’d say 30 Days, 30 Songs is onto something here.

The first band to take The Donald to task is Death Cab For Cutie. The indie rockers turn in a new track titled “Million Dollar Loan”, which, you guessed it, is about the self-described “small” $1 million loan the businessman-turned-authoritarian received from his father (who, we might add, was also a total bigot). Accompanying the song is an official video, which features creepy, looming silhouettes of Trump. Check it out below.

“Lyrically, ‘Million Dollar Loan’ deals with a particularly tone deaf moment in Donald Trump’s ascent to the Republican nomination. While campaigning in New Hampshire last year, he attempted to cast himself as a self-made man by claiming he built his fortune with just a ‘small loan of a million dollars’ from his father. Not only has this statement been proven to be wildly untrue, he was so flippant about it. It truly disgusted me. Donald Trump has repeatedly demonstrated that he is unworthy of the honor and responsibility of being President of the United States of America, and in no way, shape or form represents what this country truly stands for. He is beneath us.”

Other musicians expected to participate in 30 Days, 30 Songs: My Morning Jacket’s Jim James, Thao Nguyen (of Thao & the Get Down Stay Down), Aimee Mann, and clipping. Additionally, the series will feature a previously unreleased R.E.M. live song.