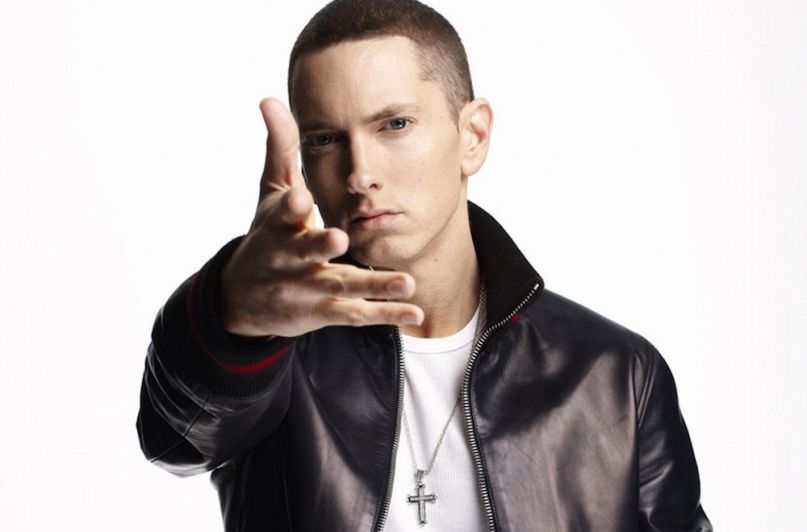 Eminem has just dropped a brand new track called “Campaign Speech”. More a spoken-word meditation than a traditional hip-hop cut, it sees the Detroit MC dropping one explosive, biting line after another for eight minutes (!) straight over minimalistic, buzzing production.

Among those caught in Em’s crosshairs are the police officers involved in the deaths of Eric Garner and Trayvon Martin (“I’m givin’ Daniel Pantaleo a refresher course/ On excessive force and pressure points/ And dressin’ George Zimmerman in a fluorescent orange”). The rapper’s razor flow also takes aim at Donald Trump, essentially calling him a maniac dictator-in-the-making:

“Consider me a dangerous man but you should be afraid of this dang candidate/ You say Trump don’t kiss ass like a puppet/ ‘Cause he runs his campaign with his own cash for the fundin’/ And that’s what you wanted/ A fuckin’ loose cannon who’s blunt with his hand on the button/ Who doesn’t have to answer to no one.”

In an accompanying tweet, Eminem announced that he’s working on a new album, the follow-up to 2013’s The Marshall Mathers LP 2. Along with serving as a precursor to the LP, we might consider the new track a musical campaign speech of sorts, Em’s manifesto for the future, if you will.