Jeff Nichols eschews the tired tropes of the historical drama, with admirable results 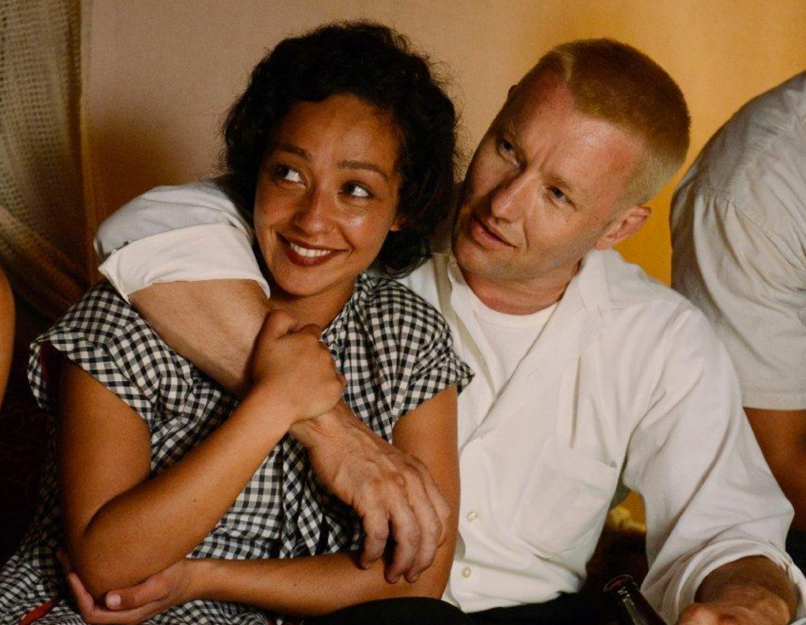 When important American films tackle important issues through the lens of significant court battles, both based on (like Freeheld) and inspired by (like Philadelphia) true stories, there are certain hallmarks of the subgenre that audiences can usually expect: Heroes have their civil liberties threatened under particularly dramatic circumstances. A skilled and passionate lawyer arrives on the scene to help and argues the heroes’ case through stirring closing remarks. In moments of trouble, someone says something wise and meaningful. The inspirational score swells. The heroes win and viewers are granted both a happy ending and the absolution that comes with knowing that they cheered for social advancement and are on the right side of history.

Writer and director Jeff Nichols‘ (Mud, Take Shelter) latest feature offers almost none of those familiar and comforting beats. Yes, it is about Loving v Virginia, the United States Supreme Court decision that struck down the state’s anti-miscegenation laws. But Nichols is less interested in the court case itself than in the human lives that precipitated it. And he’s far less interested in the habitual celebration of the civil rights victory than he is in the thoughtful exploration of civil rights abuse.

Loving follows Richard Loving (Joel Edgerton) and his partner Mildred (Ruth Negga, who carries the bulk of the film’s emotional weight in her brilliantly expressive face) from the earliest days of their interracial relationship (he’s white; she’s black) in rural Virginia in the late 1950s to their 1967 Supreme Court victory. Along the way, the film gives almost equal weight to their domestic lives – spent at work, with friends, at the drag strip, and at home with their children and families – as it does to their multiple arrests for violating their state’s Racial Integrity Act and the life-changing legal battles that ensued.

(Read: Labor of Loving: A Conversation with Jeff Nichols and Joel Edgerton)

A solid decade of the personal and political is, arguably, a lot to try to cram into a 120-minute feature, and that enormous vision doesn’t completely pay off. The narrative can be a bit frantic at times, feeling like a glorified montage as it slips from establishing shots and scenes of work and play, to warring for basic human liberties, and back again. But the scope of the storytelling that Nichols has undertaken pays off in the depth of character and theme that it allows.

Instead of simple heroes or avatars for big ideas about equality, Loving delivers complex, imperfect human beings who are struggling to find their place in a far from perfect world. Richard loves his wife dearly, but his somewhat naive belief that love conquers all can sometimes hurt Mildred in ways he hasn’t anticipated. Their ACLU-appointed lawyer, Bernie Cohen (Nick Kroll, who is neither out of place nor a revelation in a rare dramatic turn) firmly believes in fighting for his clients’ rights, but isn’t above risking their well-being as a means to an end. Even some of their most loving supporters betray moments of casual racism.

There are no big speeches; even Cohen’s Supreme Court appearance is delivered in understated clips, juxtaposed with footage of the Loving family going about their daily lives. There’s no editorializing when a good person does someone wrong to offer audiences any easy moral standing. There are no sweeping moments of sentimentality to ease the reality of racial issues as they unfold on screen.

A more celebratory, emotional take, more along the lines of other significant courtroom dramas that we’ve seen in the past, might have made for a more instantly satisfying viewing experience – or at least a more comfortable one. But it wouldn’t have been an honest one – and would have been a downright presumptuous choice for a white filmmaker to make in 2016. The Loving family’s story might be history now, but the racism inherent in their struggle is far from a relic of the past. By remaining aware of that fact, and by refusing to thrust patronizing hollow victories onto people who still suffer from systemic oppression or provide unearned catharsis to those who don’t, Nichols has told a far more interesting story and made a film that truly seeks to honor their legacy.