Christopher Guest's latest isn't his best work, but it's a welcome return nonetheless 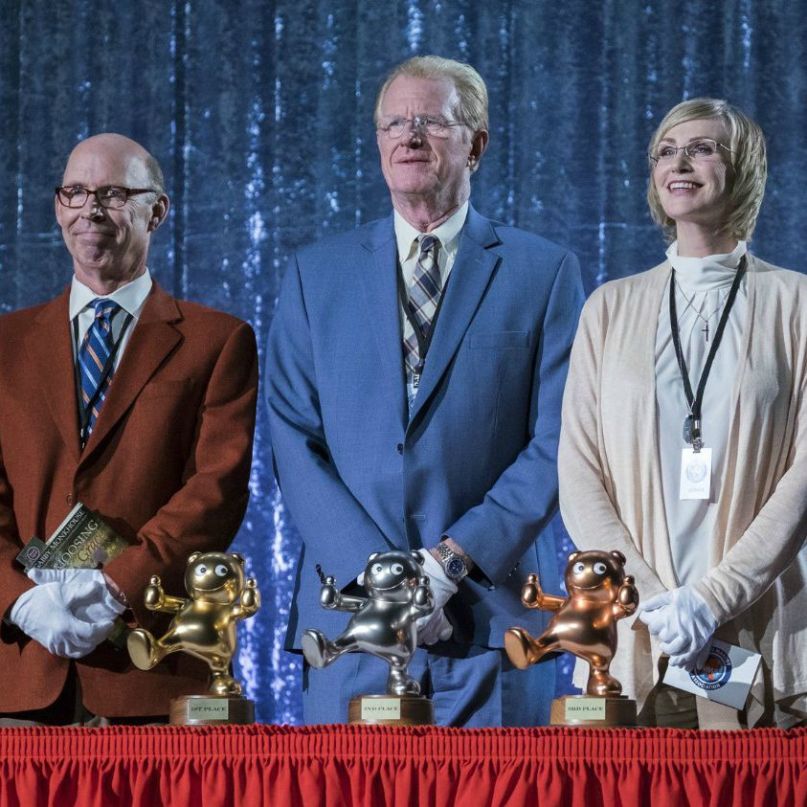 At this point in actor/writer/director/master improv wrangler Christopher Guest’s career, it’s almost completely unnecessary to write a traditional review of his latest look into the quirks and foibles of his subculture du jour.

Both Guest and his comic formula – first hinted at in his contributions to Rob Reiner’s This Is Spinal Tap, and perfected with 1996’s Waiting For Guffman and then executed with varying degrees of success in three other films and an HBO miniseries since – are so established that there’s almost no one left who would need to consult a review to help them decide whether or not to see his latest offering. If you like laughing with a bunch of passionate weirdos portrayed by a uniformly talented batch of comics as they obsess about their lives, you’ll see Mascots regardless of what anyone says. If that specific brand of humor and scenario just doesn’t click for you, then you’ve probably already moved on.

It’s not particularly necessary to discuss a Guest production’s place in the context of the greater culture, either. The mockumentary conceit has remained a fairly stable entity for the past two decades, and there’s nothing that Guest does here to challenge its blueprint or redefine its place in film and comedy, or his own place within that genre. (The closest that Mascots comes to pushing boundaries is a brief scene in which an issue with a racist team mascot is brought up, but even that is handled with the typically weird-but-ultimately-gentle Guestian flair.)

The only thing left to do is discuss is where the new Guest film stands in relation to its peers. For Mascots, that ends up being somewhere in the middle of the pack, as it’s a welcome to return to form in both subject matter and tone after 2006’s For Your Consideration. The misfit small-time professional sports mascots preparing for the annual World Mascot Association’s Gold Fluffy Awards are far more suited to Guest’s alchemical blend of skewering and celebration than the insider-ish Hollywood milieu that he attempted to parody with his previous film, and it shows in how much more natural and less smugly self-conscious the humor feels this time around.

Guest’s usual suspects are generally as good as they’ve always been in his work. Jennifer Coolidge, John Michael Higgins, Ed Begley, Jr. and Fred Willard all bring familiar but still amusing notes to their performances. Jane Lynch is near-perfect as a sneering judge. Chris O’Dowd, who put in some brilliantly subtle work in Family Tree, isn’t given quite as much to tackle as a ne’er-do-well who works as a bad-boy Canadian mascot called The Fist, but he makes the most of what little he is given (and his Chinese character neck tattoo is easily the film’s funniest sight gag). Parker Posey, playing a modern dancer who performs conceptual cheers in a duct-taped armadillo mask, proves that she can still make the strangest outcasts absurd and relatable in almost equal measure. And while Guest’s own Corky St. Clair, the closeted community theater impresario who was arguably the best part of the near-perfect Waiting For Guffman, doesn’t quite live up to 20 years of fandom and expectations, it’s still nice to have him around again.

The Guestian rookies manage to hold their own amongst this formidable group. Zach Woods, in particular, shines as half of a wildly dysfunctional couple who work as mascots for a local baseball team. His sharp improv skills are well-suited to the format, but his uniquely twisted sense of humor – perhaps best demonstrated with the fascinatingly odd touches he’s brought to Silicon Valley – manages to bring a needed dose of freshness to the proceedings as well.

These great elements never completely gel to become more than the sum of their parts in the way that Guffman and Best in Show did, but there’s a consistent charm to the proceedings and a surprisingly emotional climax that puts Mascots in line with A Mighty Wind.

Mascots might not be groundbreaking in any way (except for maybe The Fist’s competition performance, which is the finest satirization of small-town Canadian bro culture that you’ll see outside of a Nickelback concert), but it’s not quite tired, either. It might be a lesser addition to the Guest oeuvre, but it’s a welcome one nonetheless.