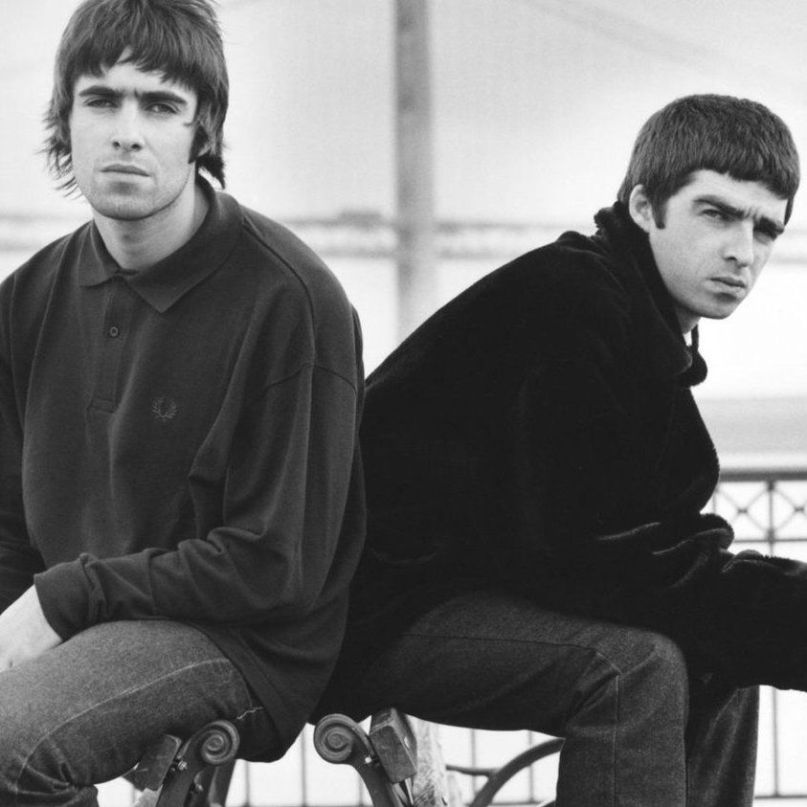 “What can I say? I’m a bit of a cunt!” exclaims Noel Gallagher about halfway through Supersonic, Mat Whitecross’ new documentary about the rise of Oasis.

There’s no denying it – the Gallaghers are assholes, as almost every music fan with a pulse knows. Noel called Jack White “Zorro on doughnuts.” Liam Gallagher once said that Chris Martin “looks like a geography teacher.” On Radiohead, Noel hypothesized that if “Thom Yorke fucking shit into a light bulb and started blowing it like an empty beer bottle, it’d probably get 9 out of 10 in fucking Mojo.” Independently, Liam added, “I heard [The King of Limbs] and I just go, ‘What?!’ I like to think that what we do, we do fucking well. Them writing a song about a fucking tree? Give me a fucking break! A thousand year old tree? Go fuck yourself!”

Yes, they’re assholes, but they’re absolutely the funniest assholes around. That’s why Supersonic is one of the more entertaining music documentaries in recent memory.

Produced by Asif Kapadia, the director of the Oscar-winning Amy, Supersonic opens with aerial shots of the crowd at Knebworth before Oasis’ first performance there on August 10, 1996. That night and the next, the Mancunian five-piece performed for a combined 250,000 people, and more than two million more applied for tickets. Supersonic later ends the film with the concert itself, tracing the band’s first three years as they skyrocketed to fame, from council estate boys to rock legends who prompted four percent of the country to try to see them over a two-night span.

Immediately after the footage of Knebworth, the film cuts to the band practicing in a deteriorating rehearsal room just three years earlier – before any press or tabloids had entered the Gallaghers’ lives. But even then, prior to the release of their landmark debut record Definitely Maybe, they were no different than now; Noel is heard saying, “and that’s why we’ll be the best band in the world.”

From the beginning, it’s obvious that the band had Earth-conquering intentions, talking the kind of talk you don’t hear from musicians these days outside of Kanye West. It’s refreshing to hear a band be so ambitious from such an infant stage. After all, some of Noel and Liam’s actions could get a young band crucified in 2016, especially when the band was arrested and subsequently deported from the Netherlands in 1994, en route to their first international show, due to a drunken brawl with other football fans on a ferry. Liam later bragged about it to NME in an interview conducted a week ahead of the release of their debut single, the recording of which was released in late 1995 and even charted at #52.

Even the most emotional and intense scenes eventually give way to an entertaining quip from one of the Gallaghers. For instance, while touring behind Definitely Maybe in 1994, the Gallaghers accidentally ended up snorting crystal meth prior to a show at Whisky A Go Go, leading to a trainwreck of a gig where multiple songs were being played at once. Liam then threw a tambourine at Noel, who then jettisoned off to San Francisco, briefly leaving the band in such a way that the band’s manager almost had to call the police reporting a missing person. But even at their lowest, Whitecross maintains a sense of humor – the footage of the show is spit-out-your-drink hilarious in a Trainspotting sort of way.

But what’s most impressive about Supersonic is the footage of the band’s early shows (especially from King Tut’s Wah Wah Hut in 1993, when Oasis was famously signed by Alan McGee) and the Definitely Maybe and (What’s the Story) Morning Glory recording sessions. This is where we get a glimpse of how talented Oasis was in their prime; watching Liam Gallagher record “Champagne Supernova” in just a few takes is borderline mind-blowing. According to Noel, “Supersonic” was written in the time it took for “however long it takes six other guys to eat a Chinese meal.” With footage like this, it’s no wonder Whitecross has said that Supersonic could be seven hours long.

As entertaining as the film is – and boy, is it ever – there is still a feeling that Supersonic could have delved even deeper, as there are glaring omissions to the story. There’s an entire scene devoted to the band cleaning up at the BRITs in 1996, but at no point is the infamous “Shitelife” acceptance speech shown.

Weirdly, the enormously media-hyped Blur rivalry is never even alluded to, a feud that makes Drake and Meek Mill look like a polite disagreement in retrospect. The chart battle between the two bands in August 1995, which culminated in both bands releasing singles on the same day – “Roll With It” and “Country House,” respectively – was one of the biggest British music stories of the decade. Especially since Noel told the Observer, “I hate that Alex and Damon; I hope they catch AIDS and die,” in the direct aftermath of what the press dubbed “The Battle of Britpop,” the rivalry’s exclusion from Supersonic is striking.

Furthermore, since the movie ends with the Knebworth shows, the band at its absolute peak, nothing is made of their subsequent decline following the release of Be Here Now, which was curiously reissued just two weeks before Supersonic hits theaters in America. Strangest of all is that the group’s eventual breakup in 2009 is never mentioned either.

But that was never Whitecross’ mission statement. He simply wanted to create a film about how a band of hedonistic, heavy-drinking Mancunian football hooligans went from poor and abused boys to the biggest band in the world. The end result is a sort of real-life This is Spinal Tap, complete with hilarious stories of deportation, cricket bats, and fire extinguishers.

While the present-day Gallaghers are never shown on camera – Supersonic stylistically borrows that approach from Amy – they don’t need to be; their voices are enough. Hell, Rolling Stone presented Noel with a “Best Rock Interview” award in 2015. Sure, the film leaves quite a bit out, but as a whole, Supersonic is an incredibly amusing, nostalgic take on a bygone era of rock & roll excess. In an age when music films seem to take themselves more seriously than ever – name one time you even chuckled during Shut Up and Play the Hits – Supersonic does the opposite. It might be the funniest comedy released this year.

After winning multiple BRIT awards in 1996, Noel said, “We were the biggest band in the country but we didn’t give a fuck.” Mat Whitecross has made a film that perfectly captures that mentality.