Clip is taken from an upcoming episode of IFC mockumentary series Documentary Now! 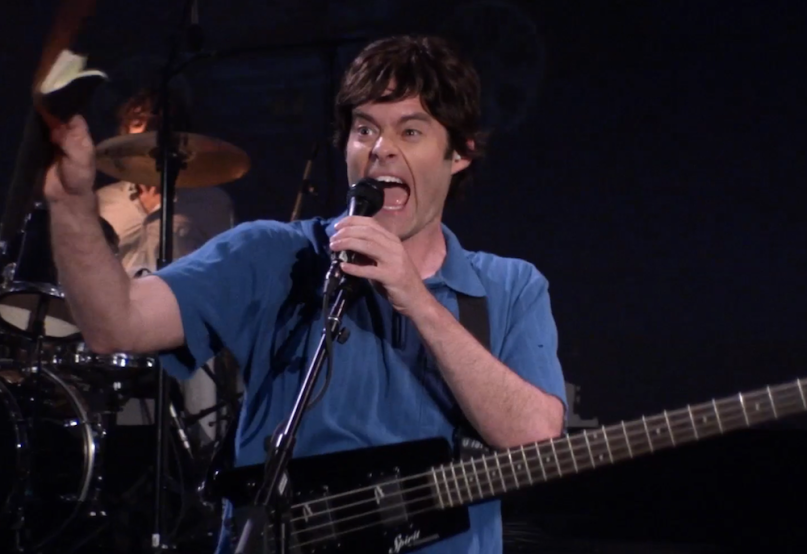 Last month, Fred Armisen and Bill Hader took to Late Night with Seth Meyers to debut Test Pattern, their Talking Heads parody band. The shtick was to promote an upcoming episode of their excellent IFC mockumentary series Documentary Now!. That episode is scheduled to air this Wednesday, October 12th, and in anticipation, the two comedians have shared a teaser clip that sees them continuing to evoke the spirit of David Byrne’s post-punk outfit as well as the 1984 Talking Heads documentary Stop Making Sense.

Here, Test Pattern — which is rounded out by fellow SNL alum Maya Rudolph — can be seen performing a song called “Too Much Information” during their final concert. All the while words like “Moist Toilette” and “Cruise Control” flash behind them … because of course. Watch the visual below.

Wondering how Talking Heads feel about Test Pattern? Band members Chris Frantz and Tina Weymouth got a chance to see the parody clip and here’s how they reacted:

Hader and Armisen are no strangers to music-related Documentary Now! projects. Last year, the two formed The Blue Jean Committee and even released a real EP.