3,000 miles ain't nothing when it comes this band's musical bond 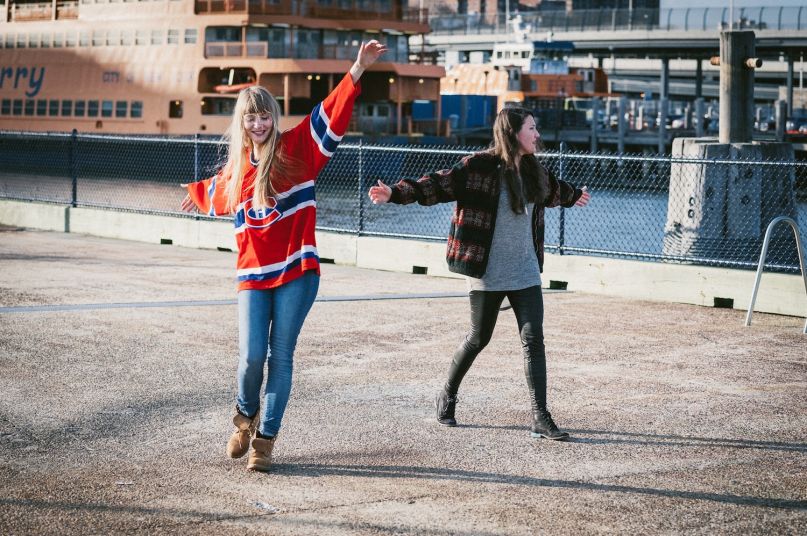 Even with modern-day communication tools like Skype and FaceTime, friendships often fall apart when distance becomes a factor — there’s something about physical closeness that’s hard to replicate. However, that doesn’t seem to be the case for Gemology, a synthpop outfit comprised of producer/multi instrumentalist Natasha Chitayat and Wolkoff singer-songwriter Joanie Wolkoff, who live on the West Coast and East Coast, respectively.

The two musicians met two years ago after a bad rainstorm forced them to hole up in a Brooklyn studio. Though Chitayat moved to Los Angeles shortly after that chance encounter, they ended up retaining both their personal and musical friendship. They initially introduced us to their long-distance chemistry on the 2014 debut single “First & Last”. For their follow-up track, titled “Come Around”, Gemology again prove that 3,000 thousand miles can’t break their bond.

Wolkoff’s featherweight vocals fuse nicely with Chitayat’s shimmering production, making for a cohesive and magnetic pop piece akin to CHVRCHES. Perhaps more importantly, it sounds like something made by two people who know each other very well. In a statement, the band elaborates on the track’s dynamics:

“We’re bi-coastal pen pals who wrote ‘Come Around’ together through the digital ether with an entire continent between us. When we do hang out on the same soil, we get to be our giddy, goofball old-soul selves and get fired up over bubble tea and urban wildlife… and of course, we dish the dirt about love. We wanted to capture that energy and gift it, distilled in a song, to people at any age, in any location or any walk of life. “Come Around” is a love song shimmering with uncertainty and euphoria.”

Stream “Come Around” below.