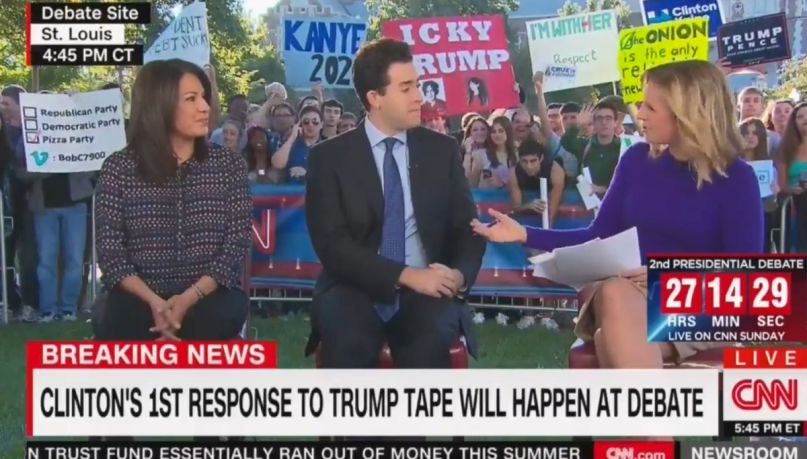 In response to Donald Trump supporters using “Seven Nation Army” without permission, Jack White and Meg recently began selling an “Icky Trump” t-shirt. On Saturday, a sign bearing that same mantra was held up during CNN’s live broadcast from Washington University in St. Louis, where the next Presidential debate is set to take place on Sunday. As you can see, a “Kanye 2020” sign also appeared on camera.