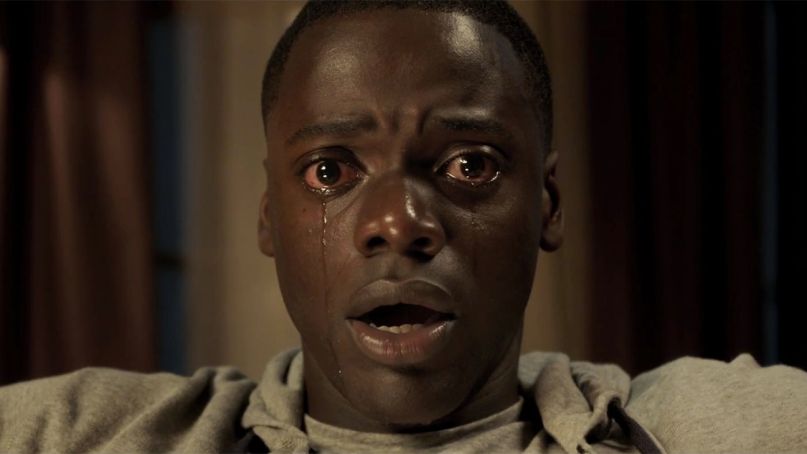 A while ago, when Jordan Peele was ramping up to the release of the funny, very Key & Peele-ish Keanu, he mentioned in some interviews that he was looking to remain in film, but that he wanted to direct a horror movie. It seemed an odd move for the comedian, coming off the massive success of his namesake TV show, but if this first trailer for Get Out is any indication, it’s not as far a jump as you might initially think.

Some of the best sketches during that show’s run offered the kind of bracing satire that leaves the audience laughing through a grimace, at once awed that you could actually make jokes out of that and deeply uncomfortable with regard to the level of truth on hand. That same sensibility will play into Get Out, a Jason Blum production about what happens when Rose (Allison Williams) invites her boyfriend Chris (Daniel Kaluuya) to return to her WASPy hometown to meet her family. Before long, strange and sinister things start to happen, starting with Rose’s parents and spreading to seemingly the whole town, leaving Chris to figure out if something evil is going on, or if it’s just him.

It’s an exciting premise and project, and it’ll surely be something to watch when it’s the middle of February and you don’t want to be outside. Get Out will be released on February 24th.