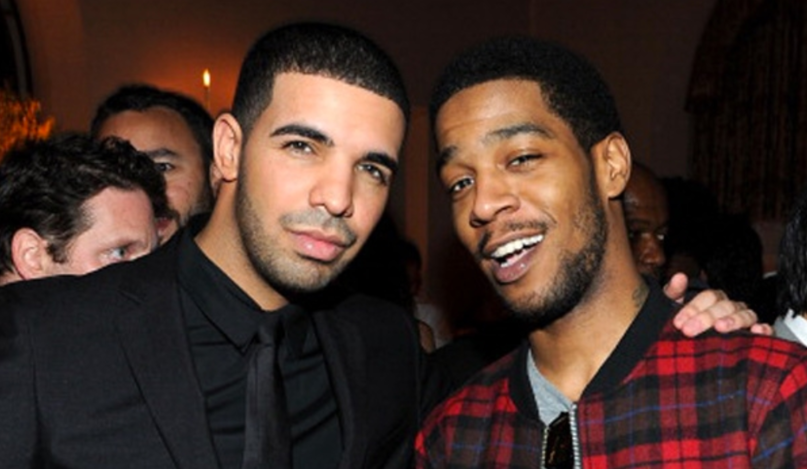 Last month, Kid Cudi called out Drake, Kanye West, and other rappers for working with multiple writers. “Everyone thinks they’re soooo great. Talkin top 5 and be having 30 people write songs for them,” he tweeted, adding, “My tweets apply to who they apply. Ye, Drake, whoever. These niggas dont give a fuck about me. And they aint fuckin with me.”

Not long after, Cudi checked himself into rehab citing depressing and suicidal urges. While Kanye has offered his support to Cudi, going as far to give him a shout out during a concert earlier this week, Drake has clapped back both on song and on stage. On his recently released track “Two Birds One Stone”, Drake raps, “You were the man on the moon/ Now you just go through your phases/ Life of the angry and famous/ Rap like I know I’m the greatest/ Then give you the tropical flavors/ Still never been on hiatus/ You stay xanned and perced up.” Meanwhile, during a recent concert, Drake responded to Cudi, saying,  “Boy you gettin’ way too high, you need to cud-it.”

After many people — including Cudi’s manager — criticized Drake for making light of mental health, the Toronto rapper doubled down, writing on Instagram, “Mans need to stop mentioning my name when they get geeked.”

Today, Cudi responded to Drake’s barb, tweeting, “Say it to my face, pussy. You think it’s a game. I wanna see you say it to my face. I’ll be out soon. Promise.”

@Drake Say it to face, pussy. You think it's a game. I wanna see you say it to my face. I'll be out soon. Promise.