Plus, watch Run the Jewels and Stephen Colbert make up a new Halloween dance 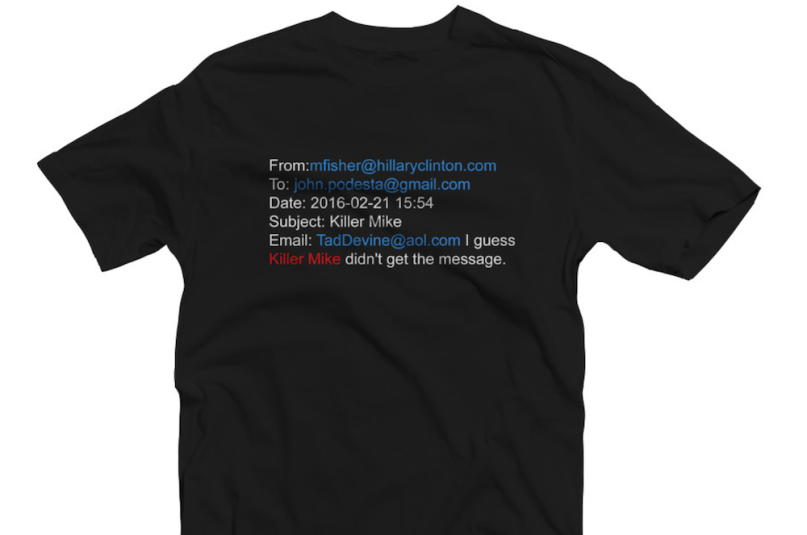 Killer Mike avidly supported Bernie Sanders during the Democratic presidential primaries by speaking at rallies and even sharing a nice meal with the Vermont politician. The Atlanta MC has also been critical of Hillary Clinton, Sanders’ opponent, over the months, even going so far as to say she and Donald Trump are essentially the same.

The Run the Jewels rapper has again focused his attention on Clinton with a new t-shirt. It features text lifted from one of the many Wikileaks leaked emails of Clinton campaign chairman John Podesta. “I guess Killer Mike didn’t get the message,” the shirt reads, proof that campaign staffers weren’t too thrilled about Killer Mike’s backing of Sanders.

The t-shirt is available to purchase here.

In related news, Run the Jewels are one of the guests on tonight’s Late Show with Stephen Colbert. A sketch from the episode has surfaced and it finds Killer Mike, El-P, and Colbert making up a new hilarious and sexual innuendo-filled Halloween dance called “The Halloween Wiggle”. Check it out below.