Not since 2003 has Thom Yorke and co. headlined the Pyramid Stage 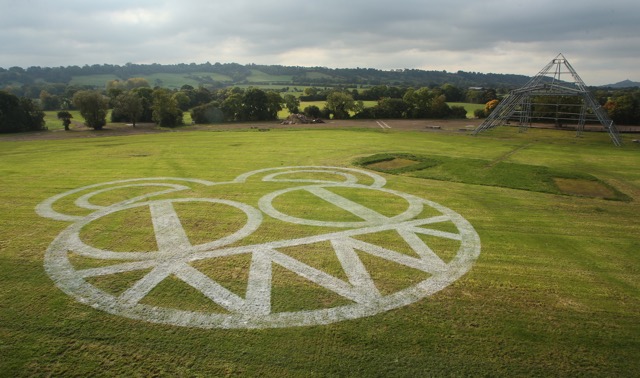 The rumors were true: Radiohead will headline Glastonbury 2017.

Yesterday, word circulated that Thom Yorke and co. would be headlining the legendary festival when a crop circle of the band’s angry bear face appeared on the festival grounds — specifically where the Pyramid Stage is erected.

Now, the festival confirms Radiohead as the first headliner for next year’s festivities, and yes, they will top the bill and perform on the Pyramid Stage on Friday, June 23rd. Perhaps they’ll play … “The Pyramid Song”.

This marks the third time they’ll be headlining the iconic stage, following appearances in 1997 and 2003. As for other artists to join the bill, rumors include The Stone Roses and Kraftwerk.

Below, revisit Radiohead’s performance of “Idioteque” from Glastonbury 2003.