According to his friend and former co-star Michael Douglas 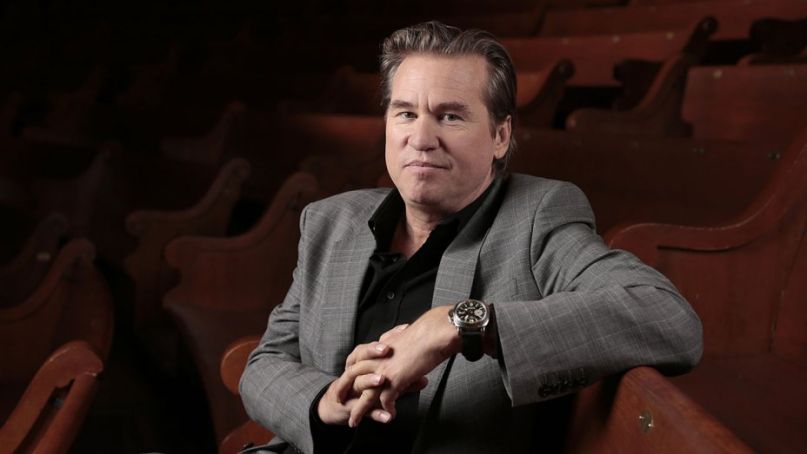 Val Kilmer is battling oral cancer, according to his friend and former co-star Michael Douglas.

According to Variety, Douglas broke the news during a Q&A event commemorating the 20th anniversary of The Ghost and the Darkness, which was held in London over the weekend. Douglas and Kilmer starred together in the 1996 film, but only Douglas was in attendance for the Q&A event.

“The picture didn’t turn out as well as I hoped but I had a wonderful time,” Douglas told host Jonathan Ross. “Val was a wonderful guy who is dealing with exactly what I had, and things don’t look too good for him.”

“My prayers are with him. That’s why you haven’t heard too much from Val lately,” Douglas added.

Douglas himself was diagnosed with stage four oral cancer in 2010. Fortunately, he was declared cancer free in 2011.

Rumors concerning Kilmer’s poor health began circulating last year after he was spotted visiting the UCLA Medical Center. Kilmer dismissed the rumors in an October 2015 statement, writing on his Facebook, “There’s a rumor I’m unwell again and in hospital which is totally untrue. I was in to verify I have no tumor or infection of any kind which was verified by the very caring experts at UCLA.” Just two months later, however, Kilmer was photographed with a tracheostomy tube.

In a Facebook post on Monday, Kilmer appeared to make vague reference to Douglas’ comments by quoting Mark Twain: “The recent news of my death has been greatly exaggerated…” “And his values and spirit live on even now!” Kilmer wrote. “And I’m sure still standing! Yippee!