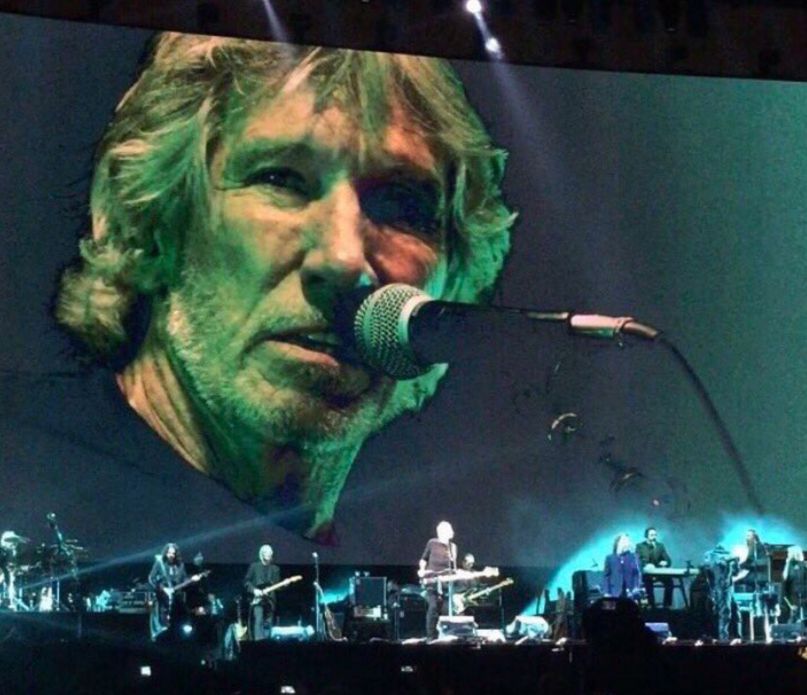 On Saturday night, Roger Waters staged a free concert at Plaza de la Constitución in Mexico City. According to El Universal, an estimated 200,000 people attended the two-hour career-spanning performance which saw the Pink Floyd legend perform “Breathe”, “One of These Days”, “Fearless”, “Brain Damage”, and more.

Throughout the performance, Waters took shots at politicians in both in the US and Mexico. As La Opinion notes, giant video screens displayed messages such as “Trump, you’re a fool” and an image of Donald Trump’s face on body of a pig. He also called out Mexico’s president Enrique Peña Nieto, saying, “You policies have failed … listen to your people, Mr. President.”

Video of the full performance can be viewed below.

Setlist:
Speak to Me
Breathe
Set the Controls for the Heart of the Sun
One of These Days
Time
Breathe (Reprise)
The Great Gig in the Sky
Money
Us and Them
Fearless
Shine On You Crazy Diamond (Parts I-V)
Welcome to the Machine
Have a Cigar
Wish You Were Here
Pigs on the Wing 1
Pigs on the Wing 2
Dogs
Pigs (Three Different Ones)
The Happiest Days of Our Lives
Another Brick in the Wall Part 2
Mother
Run Like Hell
Brain Damage
Eclipse