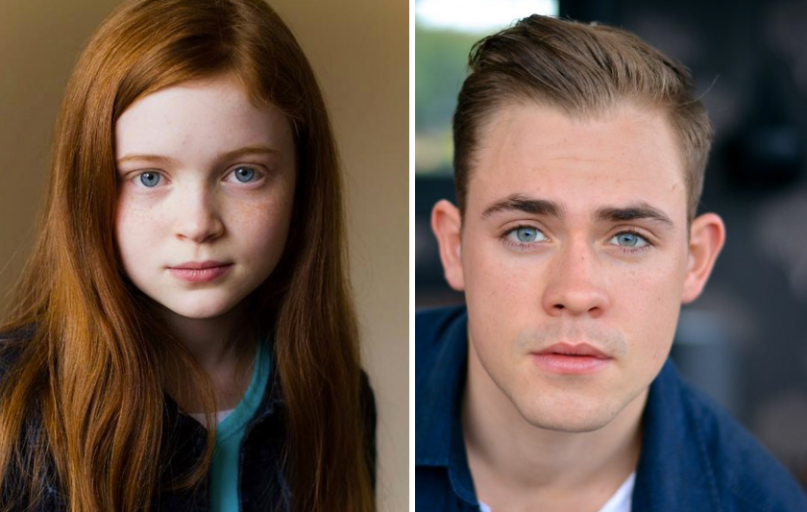 In the latest effort to ensure that nobody can stop talking about Stranger Things until Netflix and the Duffer Brothers provide the world with more Stranger Things, The Hollywood Reporter has broken some late Friday news regarding the cast of the show’s upcoming second season, set to arrive sometime in 2017.

The show will be welcoming a pair of new additions in Sadie Sink and Dacre Montgomery, while Joe Keery (Steve, son of Jean-Ralphio) and Noah Schnapp (Will, who may or may not be feeling like himself these days) have been promoted to series regulars.

According to THR, Sink and Montgomery will play step-siblings. The former has been cast as “Max, a tough and confident girl whose appearance, behavior and pursuits seem more typical of boys than of girls in this era. She has a complicated history and is generally suspicious of those around her.” Montgomery, meanwhile, will play her “edgy older step-brother,” Billy. “He steals girlfriends away from their boyfriends, is great at drinking games and drives a black Camaro. But lurking under his apparent charisma, is a violent and unpredictable nature.”

There’s still little else to be said about the show’s second season, as the Duffers are keeping mum and the young cast is still busy appearing on every single publicly distributed thing you can put actors on. But it’ll be around at some point next year to continue delighting audiences and not cave in under the demands of fanservice. Hopefully.