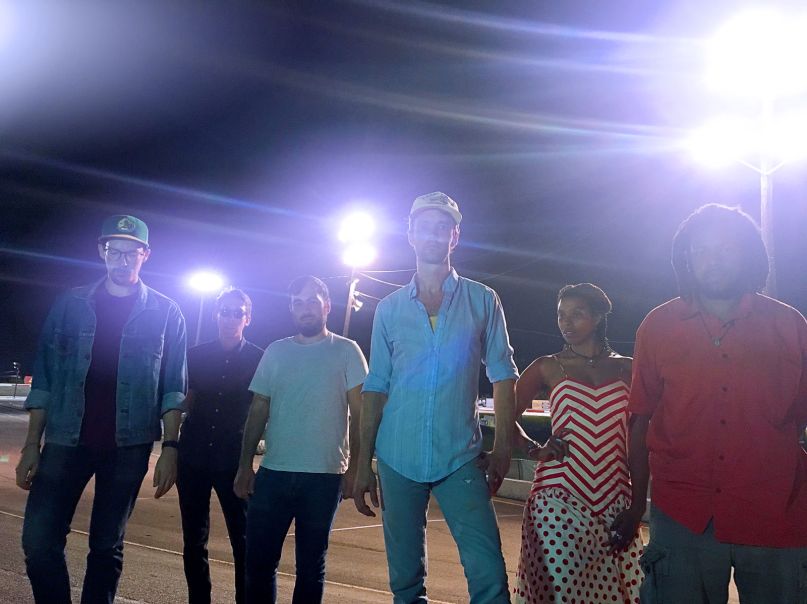 Back in July, Nashville indie pop ensemble ELEL stopped us in our tracks with their single “When She Walks”, a whimsical pop tune that bridges the gap between the grandiose melodies of Arcade Fire and the looser, more freewheeling vibe of Wilco. The song has its own kind of in-between energy that weirdly mirrors the ebb and flow of modern life; listening to the rest of ELEL’s new album Geode, it’s clear that this is exactly what they excel at.

The other 11 tracks on the album similarly offer an experience that’s both fun and contemplative, starting with the bubbly, charming “Hello” and continuing through the wistful verses of “Almost to Memphis” and the electrifying anthem “40 Watt”. This is music for dancing to, for laughing to, for feeling generally alive to.

“I wanted Geode to have life; not just energy but subtlety and feeling between the big musical moments,” explains frontman Ben Elkins. “Initially, I worked on the songs a lot on my own, but when the rest of the band recorded on it, they brought a dynamic that makes the album breathe with feeling and gives it everything I always wanted it to have.”

It’s true that Geode never once feels like a solo project. This is a collaboration made by folks with an infectious lust for life and a healthy disrespect for pop music’s traditional limitations. Geode will be released via Mom+Pop on October 21st. Pre-order it here and check out the full stream below.