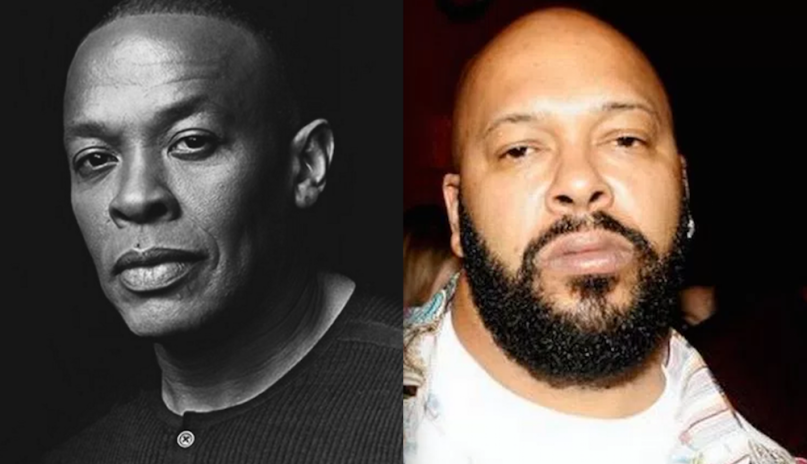 Earlier this month, Dr. Dre threatened to sue Sony Pictures over a new biopic which depicts him physically abusing his ex-wife. As TMZ reports, it now appears the rapper/producer is on the receiving end of a lawsuit filed by Suge Knight.

In the suit, Knight claims that he had a life management deal with Dre, which entitled him to 30% of Dre’s earnings — including the 2014 sale of Beats by Dre to Apple, estimated to be worth about $3 billion. The former Death Row CEO alleges that Dre tried to cut him out of the deal because Apple didn’t want to be associated with Knight, and in order to accomplish that, Dre hired a hitman to have him killed.

The first alleged hit took place in 2014, when Knight was shot seven times at West Hollywood nightclub 1 OAK. His suit goes on to say that a man named T-Money was behind the shooting, and that he was paid off by Dre.

The suit also says Knight’s hit-and-run incident near the set of Straight Outta Compton in 2015 was the result of a second alleged hit. Knight says Dre and Universal — the studio behind the N.W.A. biopic — paid Cle “Bone” Sloan $300,000 to kill Knight that day. According to Knight, he was avoiding an ambush when he ran his car over Sloan. Sloan survived, but a second victim named Terry Carter was fatally hit.

All in all, Knight is suing Dre, Apple, Universal, and Tam’s Burgers, where the hit-and-run occurred, for a minimum of $300 million.

For his part, a lawyer for Dre released a statement to TMZ saying: “Given that Dre has had zero interaction with Suge since leaving Death Row Records in 1996, we hope that Suge’s lawyer has lots of malicious prosecution insurance.”

Knight has been tangled up in various legal troubles for the last three decades, including drug and assault charges. He is currently in jail on a murder charge stemming from the hit-and-run incident.