Plus, singer-songwriter shares an essay about Trump, white privilege, and the 2016 election 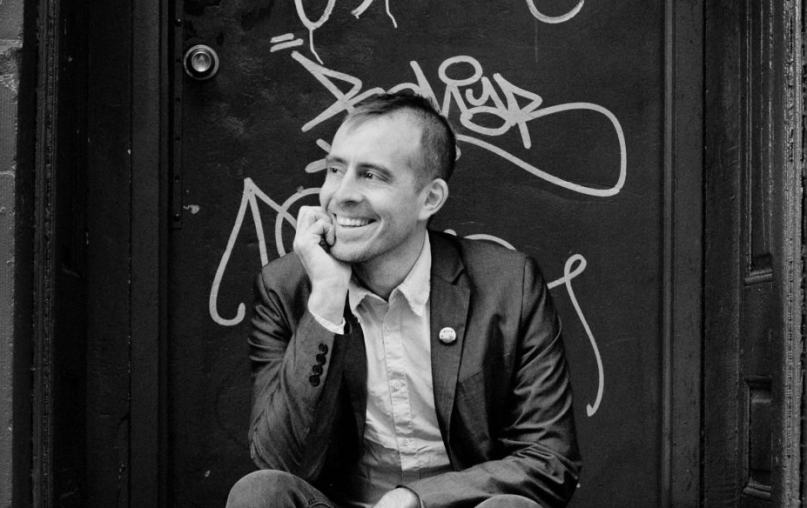 Ted Leo has shared a new anti-Donald Trump song — and it’s not even part of 30 Days, 30 Songs. Entitled “In the Mean Times”, the track comes as part of Kickstarter’s Election Issues series, which features politically-minded contributions from a variety of artists.

The track strides forward like a ’70s protest march with rolling drums keeping the pace under charged guitars. “I know there ain’t no ‘free’/ But I see the wealth that’s lost on this society,” Leo sings. “And I see these motherfuckers/ Tryin’ to gaslight me.” As Leo explained in an essay accompanying the track, the song is about “my own economic anxiety, my anger at the way it’s been used by the Right, my own white privilege in being able to sit back and think and write a fucking song about this…” Take a listen below.

Elsewhere in his essay, Leo boils down how years of white privilege led to Republican nominee for president Donald Trump.

“He is a racist. He has always been a racist. And the Republican Party molly-coddling the racists among them FOR DECADES, enabled his ascent. Now, lucky for him, he’s not ONLY a racist — he’s a lot of other horrible things that apparently appeal to a lot of people, too. But he’s a racist. And he is where he is today, because America is, in part, racist. And I think of all my friends who are not white, who are not male, who are not cis/straight, who are disabled, who are not Christian or not even religious at all, who think of prosperity in terms of community and not just personal wealth, etc., and the malaise that I have sometimes found myself slipping into over the last year, starts to seem awfully selfish.”

You can read the entire essay here. In addition, Leo is making the individual stems for “In the Mean Times” available “for you [to] mess with.” Hit up @tedleo on Twitter or info@tedleo.com to request the tracks.