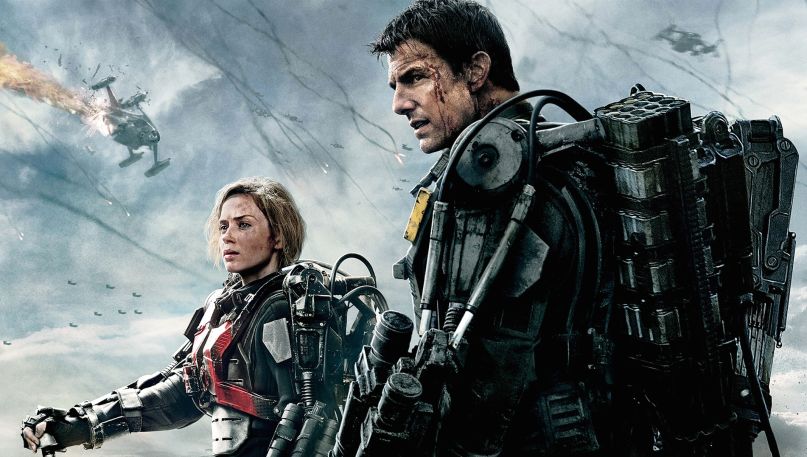 Edge of Tomorrow (or Live. Die. Repeat: Edge of Tomorrow if you’re one of the ten people who actually took seriously Warner Bros.’ ill-considered attempt to rebrand a movie people already liked) stands as one of the very few movies in recent years that actually seemed to warrant a sequel, or at least some kind of continuation. Thanks to a thoughtful mix of world-building, a hell of a storytelling hook (Groundhog Day by way of Halo), and a pair of memorably committed leading turns from Emily Blunt and Tom Cruise, it was the rare original action film that left room to grow for later.

In fact, development on the sequel was announced earlier this year. Collider recently talked with director Doug Liman, who will be returning for the second go-around, about what audiences might be able to expect from part two. “That is the only sequel that I’m considering doing,” Liman said, “and it’s because first of all the story is so amazing — much better than the original film, and I loved and loved the original film — and second of all, it’s a sequel that’s a prequel.”

Sure, any director attempting to instill excitement about an upcoming project will talk it up like that, but it’s the “sequel that’s a prequel” part that’s most interesting. Given the relative finality of Edge of Tomorrow’s story and the mechanics of its world, it’s probably the best and most logical way to go. And Liman added that he has some pretty fresh ideas to make it work.

“I’ve had some radical ideas about how to make a sequel that would interest me, in the same way that I had ideas of how you make an independent film and then Swingers came along and it was like ‘Aha, that’s the perfect movie for me to test these ideas out on,’” Liman explained. “I had these intellectual ideas on how you should make a sequel that are unlike how anybody else makes a sequel, and this script and this idea fit perfectly into that idea. So it’s gonna revolutionize how people make sequels.”

Whether it works or not, at least Liman seems committed to trying something new, instead of turning out the kind of easy, lazy continuation that makes tons of money while alienating the people who created the demand for more in the first place. It’s unclear when the next Edge of Tomorrow will come into being, but in the meantime, enjoy this montage of every single time Cruise gets killed during the first film: