Jack and Meg continue their fight against the Republican presidential candidate 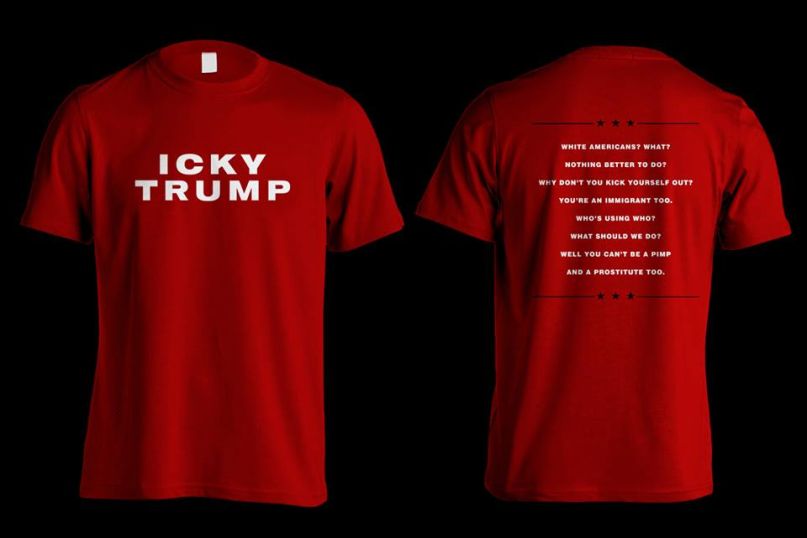 Earlier this week, Jack and Meg White came together to issue a joint statement in opposition of Donald Trump, accusing the Republican presidential nominee of using their song “Seven Nation Army” without their permission. Now, the former White Stripes members have unveiled an anti-Trump t-shirt.

The front of the t-shirt reads “Icky Trump”, a play on the title of the duo’s 2007 album/song. The back features lyrics from “Icky Thump”:

White Americans? What?
Nothing better to do?
Why don’t you kick yourself out?
You’re an immigrant too.
Who’s using who?
What should we do?
Well, you can’t be a pimp
And a prostitute too.

You can pre-order the t-shirt at Third Man Records’ website.