Patrick Patterson has had it with Space Jam 2 talk 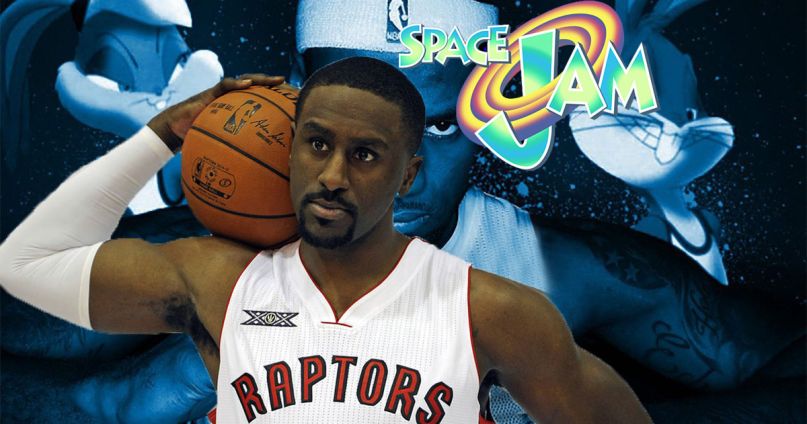 Rumors of a Space Jam 2 have swirled for years, and now it looks like we’re finally getting one. Everyone from the director of the original to Michael Jordan has weighed in with negative opinions on trying to remake the kids’ classic with LeBron James. But Toronto Raptors’ forward Patrick Patterson might have just delivered the most thoroughly argued and funniest defense of Space Jam conservatism yet.

In a new piece forThe Players’ Tribune, he stood astride a golf hole to another dimension and yelled “stop.” “As an NBA player, movie lover and grown man who has a Looney Tunes painting proudly hanging in his home, I feel it’s time for me to finally take a stand,” he wrote. “It’s still almost impossible to recreate great films, much less make them even better.”

Patterson put forth plenty of well-considered reasons for not wanting a Space Jam 2. For one, he considers the original turning out the way it did to be a fluke. “I’m a professional athlete, and I think most sports movies suck, particularly the ones that cast athletes in starring roles. It’s just a fact. But for some reason, by using like random aliens as a connector, this film about Looney Tunes characters and an assortment of semiprominent-to-prominent ’90s NBA stars just … worked.”

He also pointed out that most sequels are terrible — with the exception of Bad Boys II (“Bad Boys II was the sh*t”). Though Patterson admitted that a Space Jam 2 would almost assuredly be box office gold, he speculated its success would only beget a SJ3: Moron Mountain Drift, Space and Jam and Space Five, each with more NBA stars piling on to be part of the franchise.

Ultimately, Patterson said that we need to stop being greedy and just enjoy what we have. “We were welcomed to the Space Jam once. Why can’t that be enough?”

Unfortunately for Patterson, it looks like he’ll have to begrudgingly find himself in a cinema watching Bugs Bunny play ball with LeBron. If producers weren’t hungry enough for a sequel — and the signing of James and director Justin Lin definitely makes them look ready for it — they certainly will be once the attendance numbers for the Space Jam 20th Anniversary screenings shake out. Read Patterson’s whole dissertation here.