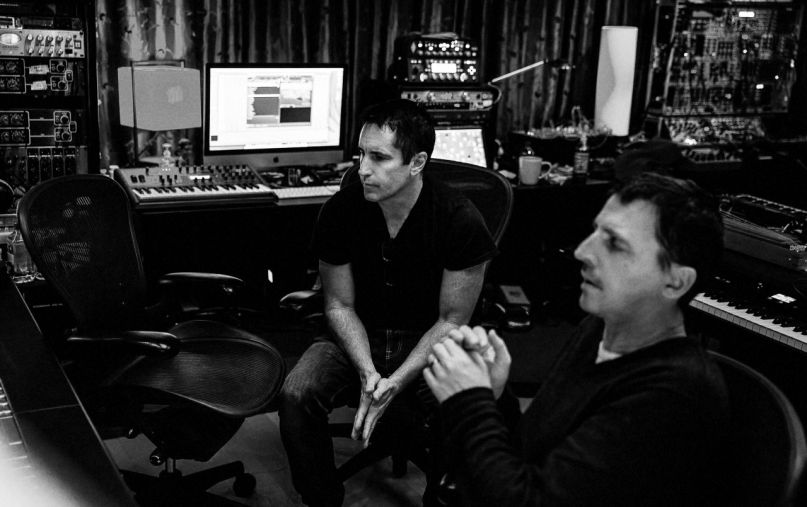 Trent Reznor and frequent collaborator Atticus Ross composed the new soundtrack for Leonardo DiCaprio’s climate change documentary Before the Flood. The collection of music, which also features Oscar-winning composer Gustavo Santaolalla (Brokeback Mountain, Make a Murderer) and post-rock veterans Mogwai, is due out tomorrow, and in anticipation, both Reznor and Ross sat down with Beats 1’s Zane Lowe earlier today for a brief interview.

According to Ross, he and Reznor were drawn to the film because of its “higher purpose.” “We knew we were really busy, but we also knew we had to do it,” he said. “It was a wonderful experience.”

A self-described “fan of facts and science and also the planet,” Reznor found the film’s message to be special in that it was not of the dark, “doomsday” variety like many other similar projects, but instead weaved with “threads of optimism.” He also enjoyed the collaborative experience of piecing the soundtrack together, saying that “a real interesting, unpredictable spark was lit” between him and the other musicians.

Elsewhere in the discussion, Reznor unveiled that he’s been “working on some Nine Inch Nails stuff,” adding, “Things are going good, and when we have something that we think is excellent we will unleash it upon the world.” Earlier this month, the frontman hinted that new music might be released before year’s end. “2016 is not over yet,” he wrote on Instagram.

The title track for Before the Flood was also unveiled during the broadcast; we’ll update when a stream is made available.

Hear the full interview below, followed by a previously released song off the soundtrack called “A Minute to Breathe”.