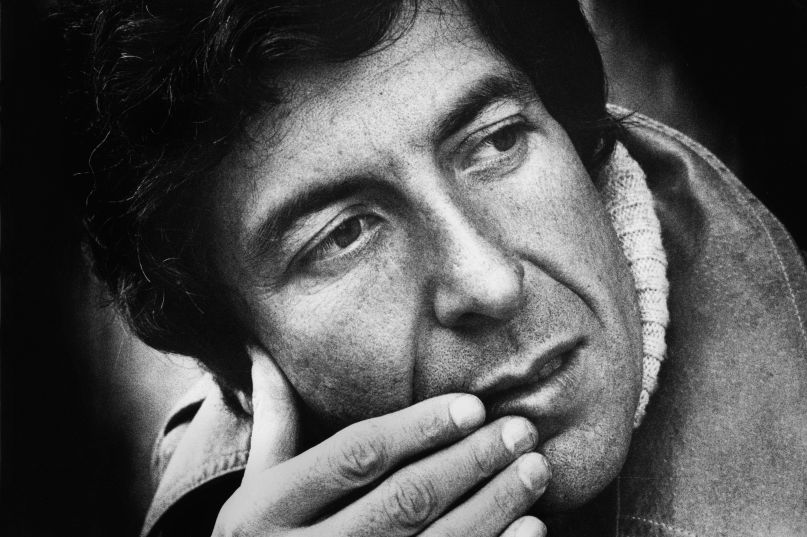 This feature originally ran in 2012. We’re reposting it today in celebration of Leonard Cohen, who passed away yesterday.

–Better Than Ezra, “Under You”

“But I was caught, like a fleeting thought/ Stuck inside Leonard Cohen’s mind”

–Mercury Rev, “A Drop In Time”

“Give me a Leonard Cohen afterworld/ So I can sigh eternally”

It’s almost unbelievable now to think that we almost never heard Leonard Cohen, the singer. A well-regarded poet from the late 1950s through the mid-’60s, it was Judy Collins who encouraged the middle-aged Canadian writer to try his hand at performing his own songs, and the rest is history. She also had a successful cover of Cohen’s “Suzanne”. Nearly half a century and more than a dozen albums later, Cohen is one of the most celebrated and critically acclaimed artists of the era. He’s also one of the most covered songwriters, with songs like “Suzanne” and “Hallelujah” registering several hundred different recordings alone. To celebrate Cohen’s lifetime of contributions to art and music, we’ve collected 30 great covers of his songs for your listening pleasure, a project the man himself would have likely enjoyed.

Whenever I hear anybody do one of my songs, my critical judgments go into immediate, suspended animation. I’m just knocked out when anybody does a cover of mine … First of all, I’m happy that someone has heard the song and is moved to cover it. Second of all, it gives me a completely fresh take on the song, and I can then enter it into my own judgmental process … I think there are songs that are better done than I have done them.”

Please feel free to share your favorites in our comments section.