Cameos from Drake, Kanye, and more make this tape good for a few excellent highlights 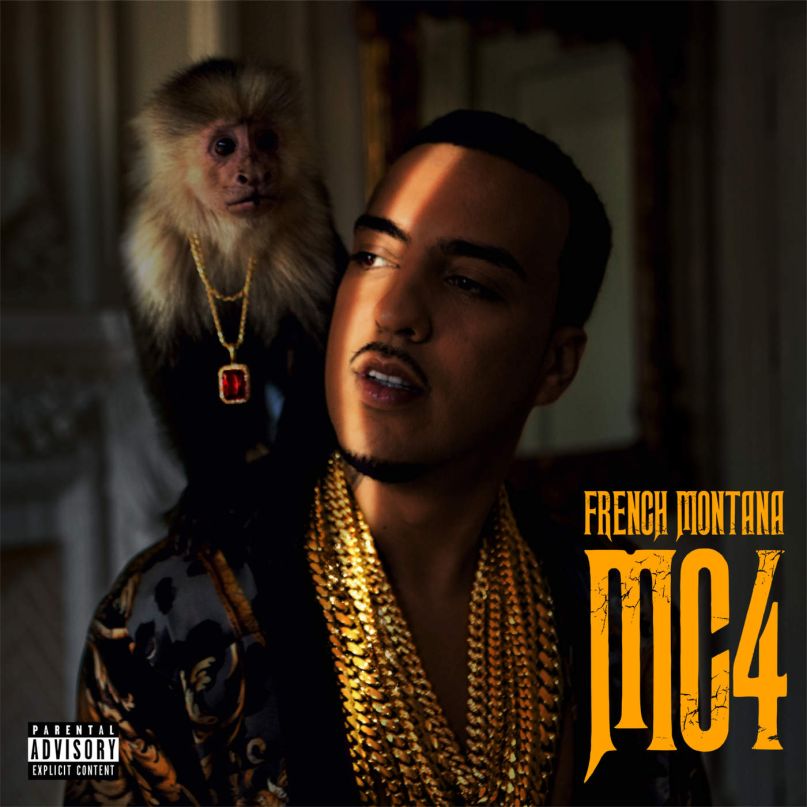 “Thinkin’ I’ma fall off/ What you smokin’?” French Montana raps on “Play Yaself”, a song on his long-awaited album-turned-mixtape MC4. French is still here, still very much “A Thing,” yet that is now a little surprising. The Bronx rapper has a handful of major commercial hits, but only one of them (“Ain’t Worried About Nothin’”) features French and French alone. On his biggest songs, he’s usually surrounded by A-list artists like Drake, Lil Wayne, Nicki Minaj, and Rick Ross. Those guest appearances have helped to distract listeners from French’s weaknesses, like his unorthodox flow, defined by an eyes-low lethargy. Nevertheless, despite his shortcomings as an MC, French still has a knack for coming up with great singles, bacchanalian bangers seemingly fueled by gulps of Ciroc.

All the way back in December 2014, French released a mixtape called Mac & Cheese 4: The Appetizer. He dropped three tapes between then and now, including last year’s Fetty Wap collab Coke Zoo and this year’s surprisingly strong Wave Gods, but MC4 has always been the entrée French’s fans have been craving. His one studio album so far, 2013’s Excuse My French, had hit singles, including the ecstatic classic “Pop That”, but it still disappointed both commercially and critically. Given how long MC4 was in the works — a length of time that almost went to waste because of the project’s initial cancellation due to sample clearance issues — there was a chance that it could take French to an entirely new level, bringing him more respect and acclaim than ever. Sure enough, it does feel like his biggest project since Excuse My French, and the download numbers are high, with a six-figure count on DatPiff alone since the tape’s release a week ago.

Unfortunately, French is in something of a slump as a rapper, and MC4 can get to be a bore when the focus is solely on him. The same problems he’s had for years — like how he rarely emerges as the best part of his own songs, while his guests regularly out-rap him — are prevalent here, too. He has troubles on “Check Come”, a mess of aimless Auto-Tune, while “Heated” finds him lamely attempting an old-school flow. His rapping isn’t all bad, though. In fact, there are surprisingly heartfelt, emotionally charged moments. He recalls memories of the late Chinx Drugz and the incarcerated Max B on “Chinx & Max/Paid For”, which makes for a refreshingly poignant moment.

Overall, French gets by as he always does with a little help from his friends. While saturating a project with cameos often means surrendering one’s artistic integrity, this tape’s collaborative nature is one of its strengths. The sleek and icy “No Shopping”, which notably features Drake taking shots at Joe Budden, is a highlight mainly because of Drizzy’s presence. The rattling “Everytime” features Jeezy and his memorable lines about a celebrity couple from the last decade: “My diamonds dancin’, Kevin Federline/ Who got the plug on the Britney? Nevermind!” Florida phenom Kodak Black appears on what might be the album’s single strongest song, the breezy and almost tropical “Lockjaw”, turning in yet another performance that shows him as one of rap’s most exciting prospects. The list goes on: Nas steals the show on the choral “Figure It Out” (which also features Kanye West), while a trio of steely veterans (Beanie Sigel, Jadakiss, and Styles P) give “Have Mercy” a menacing energy.

It’s a diverse guest list, and as a consequence, MC4 is too disjointed to feel like a definitive statement. More than anything, it suggests that French is unsure of his identity as an artist these days. Ultimately, the tape is good for a handful of excellent highlights, which is all that most of us have come to expect from his projects, anyway.

Essential Tracks: “No Shopping”, “Lockjaw”, and “Figure It Out”