Hope Sandoval and the Warm Inventions – Until the Hunter 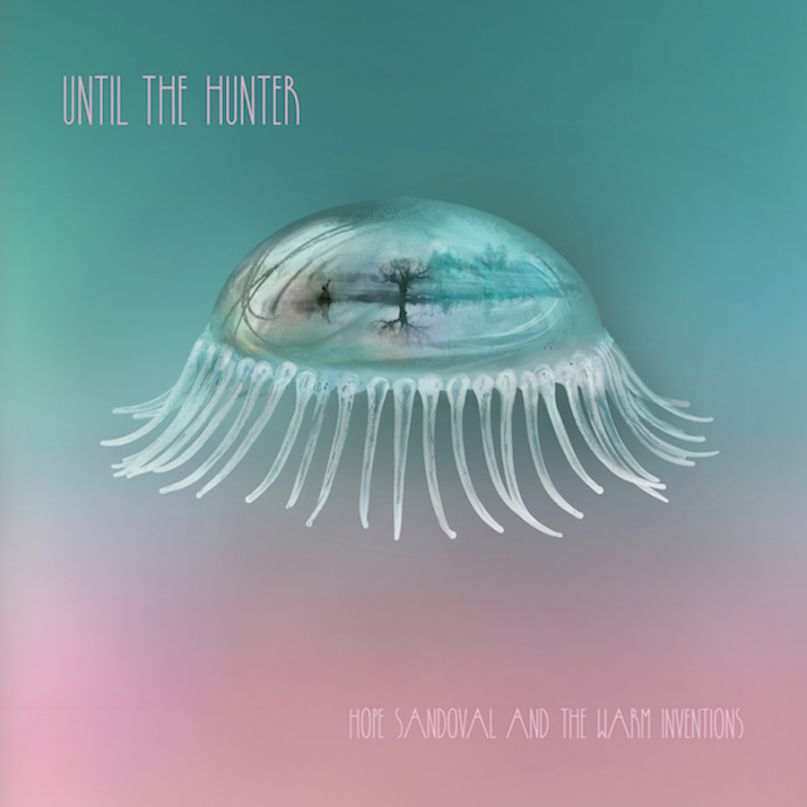 For an outfit featuring members of two of the dreamiest guitar bands around, the name Hope Sandoval & The Warm Inventions leaves only a little bit of room for mystery. The duo comprises the Mazzy Star vocalist and Colm Ó Cíosóig of My Bloody Valentine — the latter taking on a name that conveys well the soft sparks of their music — though Sandoval’s vocals are the key player here. And, considering their endlessly crystalline qualities, how could it be any other way? With their third album together, Sandoval and Ó Cíosóig let her vocals ring, shading them in the many shades of gray between subtle warmth and sighing melancholy.

“It’s not that our other bands, Mazzy Star and My Bloody Valentine, have restrictions, but there’s a certain sound in those bands,” Ó Cíosóig explained in our recent interview. “Hope and I have a sound, but it’s always changing and morphing into different things while still carrying a similar thread.” The resulting record feels a bit like following said thread through a sort of cloud labyrinth, each new chamber revealing something dreamier and floaty, though always safe and comfortable due to that familiar tether.

No song could better exemplify that pleasant familiarity than Sandoval’s duet with Kurt Vile, the sublime “Let Me Get There”. Lyrically, it’s one of many points at which Sandoval expresses time passing, as well as being in the groove, a feeling more of being held deep inside the grooves of a record rather than out on the dance floor. Their interplay is timeless, two tender-hearted, maple voices wistful and warm. Vile and Sandoval sound so perfect that you might miss the polished ’70s radio ballad backing, the soundtrack to that ideal road trip that probably doesn’t exist.

(Read: A Conversation with Hope Sandoval and Colm Ó Cíosóig)

Nine-minute opener “Into the Trees” plays like a siren call, but to describe its massive length as epic would be inaccurate — it’s like trailing a will-o’-the-wisp through the forest, the calls of “I miss you” just always out of reach. Distance is a key component of Sandoval’s music, temporal, physical, and spiritual, and that’s especially true here. The musicians recorded in an old stone tower, and the resonance of that space gives a super natural and supernatural quality to the echoes and reverberation, everything given a little bit more shade and weight. “A Wonderful Seed” plays out this echo to the greatest benefit, Sandoval’s croon in peak form, the sighing instrumentation beneath her floating at just the right level to keep everything aloft but decidedly hanging in mid-distance rather than pushing off into the sky.

Though the opener sets off on an ethereal fog, the album finds more clarity in country- and folk-indebted tracks, for better and worse. The fingerpicked “Hiking Song” again works in loops and repetitions, both lyrically and musically. The slide guitar on “The Peasant” may not work the same way structurally, but it nevertheless carries off into the golden past in each honeyed twang. “Liquid Lady”, on the other hand, stretches its wings a little too far, not carrying the same mesmeric punch that its counterparts do — though, then again, it still feels entirely warm and welcoming, organic in its stretch and likely a real pleasure to have recorded.

That, really, is the key to this album: It is a pleasure definitively for the listener, and from all reports for the musicians as well. It takes years between Sandoval and Ó Cíosóig’s records because they don’t feel the pressure of their main bands or major labels, and it shows in the music. And if they want to live in the songs a little longer than might otherwise be expected, who could blame them? After trying to do the same in a few of the tracks here, certainly not I.

Essential Tracks: “Let Me Get There”, “The Hiking Song”