On their second LP of the year, Thee Oh Sees chase after low-key psychedelics with impressive results 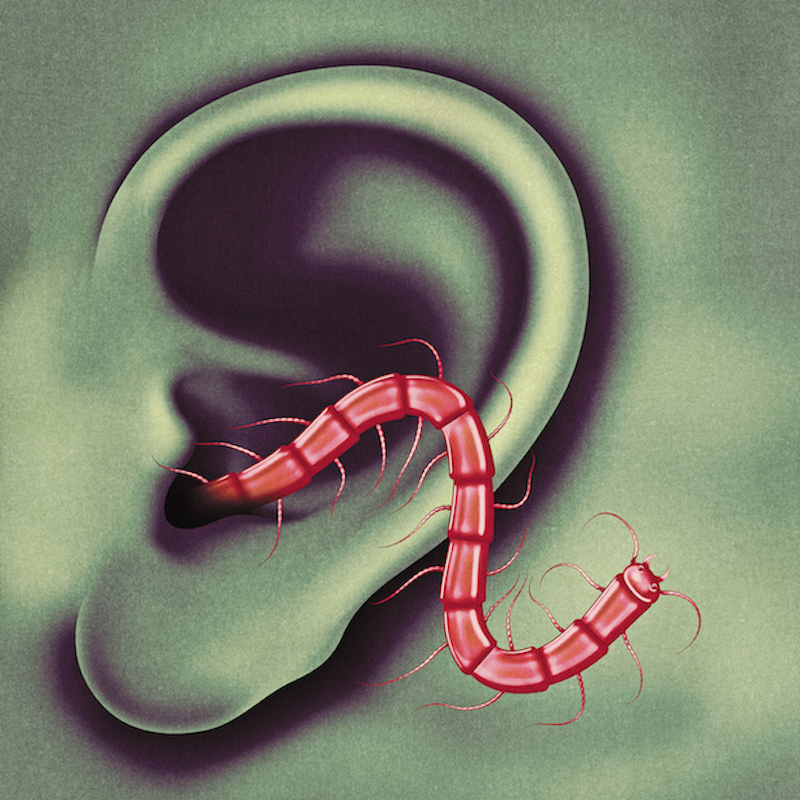 When Thee Oh Sees released A Weird Exits this August, the band showed what their reworked lineup was capable of on record. As a unit, with new members bassist Tim Hellman and two drummers, Ryan Moutinho and Dan Rincon, on board, Thee Oh Sees chase after speed. As a frontman, John Dwyer, the only member to remain in the band since its origin in 1997, is his own kind of brilliant. He writes songs that sound simple, but they hit a note that gets a response, songs that make a room full of onlookers launch into the air, that make people drum their steering wheel with newfound enthusiasm. An Odd Entrances, the companion piece to A Weird Exits, not only expands his songwriting, but it solidifies the band’s lineup, showing Dwyer’s ability to steer Thee Oh Sees towards the other end of frenetics.

Dwyer knows how to make riffs sound right, like they’re meant to get you bobbing along, but he knows how to handle them in slow motion, too. An Odd Entrances trades the garage rock devotion of their recent records for the faded psychedelics of their ‘00s material. This is soft and, if you squint, emotional, like the outliers of George Harrison’s trippy period. That formula shouldn’t make use of the band’s rhythm-heavy lineup, but it does. The drummers roll out a kit of percussion-heavy tactics and padded sticks that color depth into all six songs.

Thee Oh Sees still slosh through guitar-focused work — “Unwrap the Fiend Pt. 1” features some of their catchiest riffs since 2013’s Floating Coffin — that encourage beer chugging, but it’s less raucous. When Dwyer’s guitar climbs up and down a scale, it’s done gracefully, not with knives pointed outwards.

If the low-light burn of Mutilator Defeated At Last’s “Sticky Hulks” roped in potheads, then An Odd Entrances targets LSD users — and the transition to a groovier songwriting style is done subtly. Sometimes the use of experimental sounds needs to be grounded, but they commit to it enough to maintain consistency. Crowd-pleaser “Jammed Exit” follows an unoffensive bass line while digital flute notes hum. Meanwhile, the whole album begins with a noteon “You Will Find It Here” that sounds like it already started. A guitar rings loudly, its single note punched forward as if we missed the moment of impact but are seeing it shoot across the room. Cymbals tremble. Both drummers build anticipatory tension. Here, Dwyer turns to an experimental dotting of i’s and crossing of t’s, filling in the rest of the song’s lines with background noises that require a stereo be turned up full blast to pick them out.

Diehard fans will take refuge in the similarities to early Thee Oh Sees songs like “If I Had a Reason” or “Burning Beauties”, the lo-fi recordings from when the band went by OCS. It’s equally warm, but those focused on the interplay of harmonies, on Dwyer’s bedroom-style storytelling and ex-member Brigid Dawson’s voice, will see a shift towards enunciated, though hushed, talking. With this, An Odd Entrances captures the cool breeze of ‘60s psych. The whispered harmonies on “At the End, On the Stairs”, guest starring Dawson, nod to acts like The Zombies without getting overtly cheesy. “I was crushed on lovely Linda/ A long, long time ago,” Dwyer sings, a coy tone under his words. “We would eat of each other/ And lay staring at the walls.” But then the verses that follow return to character: A heart-broken man knocks, calls for the woman, smears blood on the stairs, and a joke about landlords closes the song.

The slowness is good if only to hear them change things up, especially since live it’s all about speed and endurance. Here, it’s about style, about stretching their fingers instead of hammering them repeatedly. Dwyer does let a few guitar solos belch out (caricatures like him can’t suppress their inherent qualities) on “Nervous Tech (Nah John)”, an eight-minute closer that plays with group connection. At first, it appears to be a track about improvisation, about testing bizarre instruments and knick-knacks. But then there’s the underbelly growl, the stirring of bells, the drums’ hiccupping. It’s derived from “Go Ahead John” by Miles Davis, a track nearly three times its length. Jazz aficionados may not be familiar because it comes from Big Fun, a compilation of the trumpeter’s sessions between 1969 and 1972. Critics passed the album off as a slew of outtakes upon its release in 1974, but a 2000 reissue brought it back into the spotlight, and, with that, to Dwyer’s attention. Logic points to the obvious: A modern day riff and grooves-driven musician falls for a vintage riff and grooves-driven track, genre differences outstanding. He takes it, molds it, and waxes an identity crisis during a song that, as if by fate, encourages him to do so via its title. And, like that, Dwyer itching to howl on guitar makes sense.

Looking back, Thee Oh Sees’ one-two punch of full-lengths this year is necessary. Of course they choose a record of shredded solos to be the first of this year’s two releases, and of course they title it A Weird Exits to mess with perception. Then they go for absurd jams that keep energy strung out during mild tempos, the cool-down release of the two albums — and of course title it An Odd Entrances. Tack on the play on singular/plural articles and the flipped doorway perspectives? Listeners should expect garbled delivery, and yet it’s so easy not to. Thee Oh Sees have been a dependable force in garage rock for the whole of their almost-two-decade-long run. To hear them trade in chunky guitar riffs for casual psychedelia, start to finish, is to hear them recline in a La-Z-Boy. But this isn’t lazy. It’s still masterfully intentional, an outside force guiding Dwyer’s knack for the faux simple guitarwork. At their feverishly kinetic shows, Thee Oh Sees control the listener’s heartbeat with daft indifference and total control simultaneously. An Odd Entrances shows the band knows how to do so with the fragmented release of a two-part album, too.