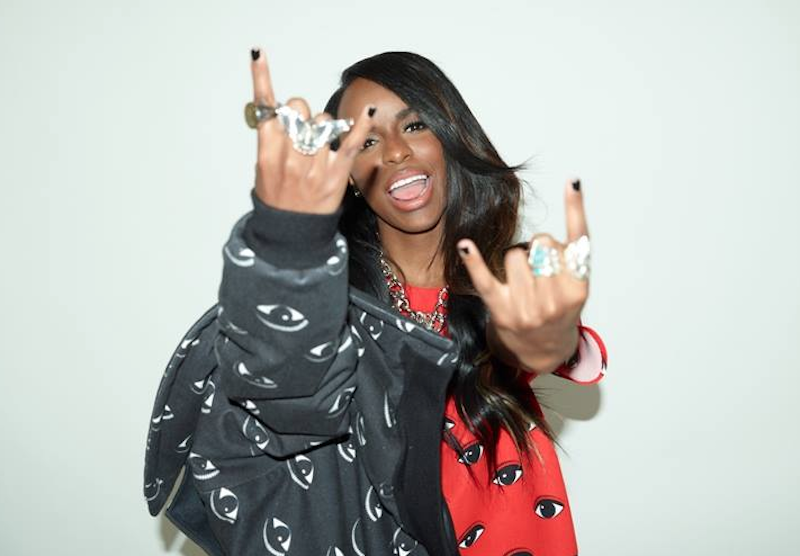 It’s been a quiet year for CoSigned rapper Angel Haze, from whom we last heard on 2015’s digital album Back to the Woods. But now word has come that the New York-by-way-of-Detroit MC will finally return early next year with her proper sophomore album and follow-up to 2014’s Dirty Gold.

Accompanying the album announcement is the release of her new single, the aptly titled “Resurrection”. Over some hellish violin moans and a mean beat, Haze delivers a take-no-bull statement that she’s officially back. “Damn, I’m perfection,” she proclaims on the chorus. “I just doubled down and made them niggas learn their lesson/ I was like, damn!/ Resurrection.”

“Listen, I don’t give a fuck,” Haze said in a statement to FADER. “That’s the only difference. I don’t give one single fuck. I’m here with my heart open and my lungs full of what god has given me. It’s just my views.”

Take a listen below, followed by the motion cover art for the track.