Following a free concert, the Chicago MC brought hundreds of young voters to the polls 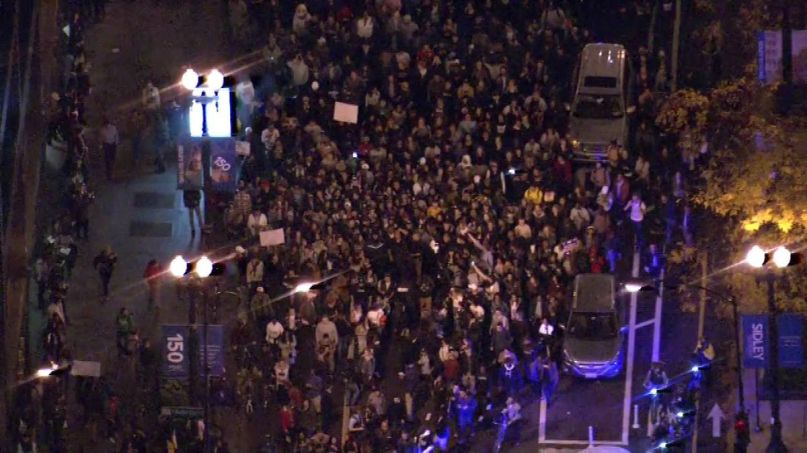 Plenty of musicians have taken part in get out the vote efforts this election season, but perhaps none have taken such direct action as Chance the Rapper. Following a free block party/concert on Monday night, Chance led a crowd of thousands on a Parade to the Polls through Chicago’s Loop.

The block party was thrown by Chance’s non-profit, Social Works, and featured performances from Twin Peaks, Malcolm London, Chance’s brother Taylor Bennett, and of course Lil Chano himself. At the end of the event, Chance marched the huge group of voters from Grant Park’s Petrillo Music Shell to an early voting “super site” at 15 W. Washington Street. There, the parading electorate lined up to cast their votes on 100 brand new touchscreen voting machines.

As amazing as the movement was, it wasn’t even the first example of Chance doing his part to rally young voters to make their voices heard. Earlier this week, he performed alongside Jay Z and Beyoncé at a rally in Cleveland for Hillary Clinton, a candidate he publicly endorsed in October. He also worked with the NAACP on their #StayWokeAndVote campaign earlier this year.

Watch footage of the block party (via DNA Info) and the parade (via Huffington Post) below.