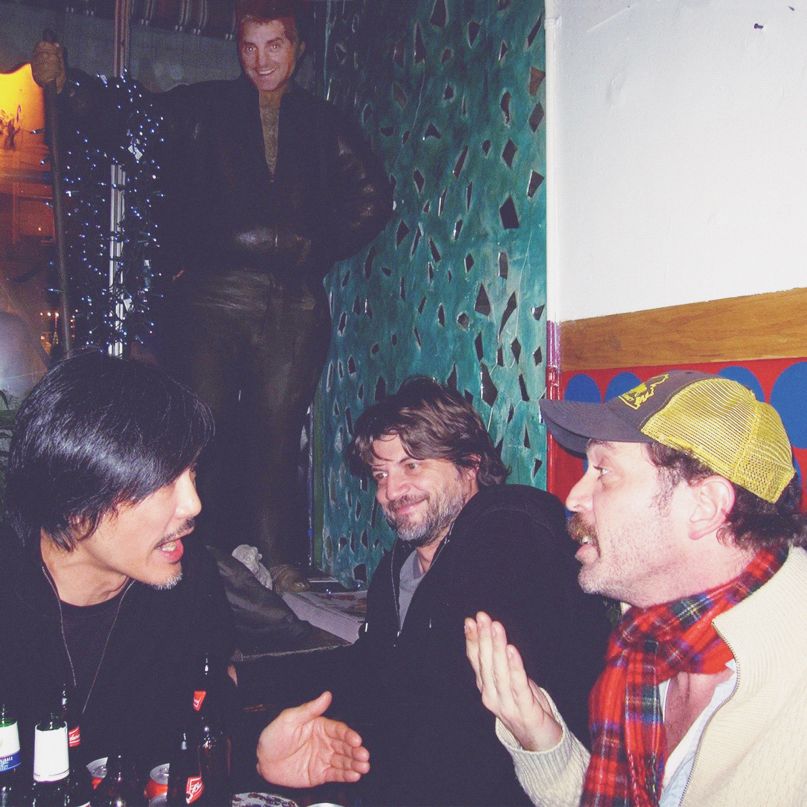 First came The Avalanches, then American Football. Now, New York alt rock outfit Chavez are plotting their comeback with Cockfighters, their first release in 20 years. Due out via Matador on January 13th, the three-track EP serves as the long-awaited follow-up to their acclaimed sophomore album, 1996’s Ride the Fader. It was recorded in 2015 with longtime collaborator John Agnello (Sonic Youth, Kurt Vile, Dinosaur Jr.).

Though Chavez have been out of the spotlight for some time, a few members of the band have kept preoccupied with other creative projects. Guitarist Clay Tarver has been working as a screenwriter on the hit HBO show Silicon Valley; bassist Scott Marshall spends his downtime making films; and frontman Matt Sweeney went on to form Zwan with Billy Corgan and David Pajo as well as perform alongside Run the Jewels and Bonnie “Prince” Billy.

As a teaser for the EP, Chavez have unveiled a song called “The Bully Boys”, which is highlighted by Sweeney’s scruffy vocals and the band’s math-rock roots. Stream it below.

Cockfighters Tracklist:
01. The Singer Lied
02. Blank in the Blaze
03. The Bully Boys

Previous Story
Hey girl, Ryan Gosling doesn’t understand why or how he became a meme
Next Story
The Last of Us Cinematic Playthrough is your next favorite TV show to binge-watch
Popular
More Stories
[fu-upload-form form_layout="media" title="Submit Your Photo"][input type="hidden" name="ugc" value="1"][/fu-upload-form]