"I’d like to offer this song to anyone who has ever been treated unjustly, abused, or had to live in fear, just for being you" 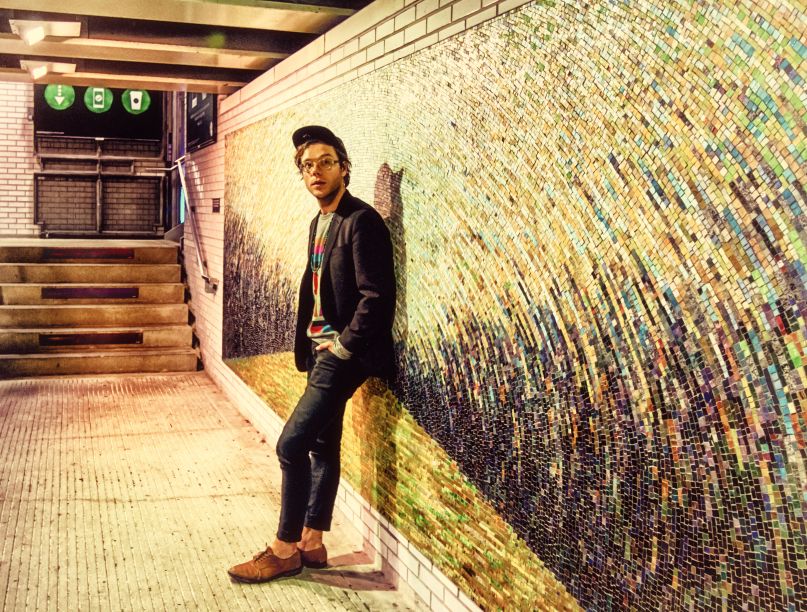 In May, Christopher Ford, aka Christopher the Conquered, put out a full-length called I’m Giving Up on Rock & Roll. Now, less than six months later, the Iowa native and Ryan Adams-approved singer-songwriter is back with a brand new single, one that speaks to a social issue that’s plagued our country for centuries: discrimination, and the many ways in which people make one another feel ashamed and guilty for who they are and how they choose to conduct their lives.

Delicate like its subject matter, the acoustic number “Mama, I Wanna Be James Brown” sees Ford and special guest Max Jury proudly declaring that they want to follow in the footsteps of The King of Soul. While an interesting choice in career — don’t all parents want their kids to be doctors and lawyers and scientists? — the larger point here is that the decision “to be” is something that needs to be respected no matter what.

“I’d like to offer this song to anyone who has ever been treated unjustly, abused, or had to live in fear, just for being you,” Ford tells Consequence of Sound. He specifically brings up June’s tragic massacre at Orlando gay nightclub Pulse, which claimed the lives of over 40 people. “I can’t truly know the experiences of many people who have struggled in these ways, so this song is about me wanting to be what I want to be, for people who want to be what they want to be.”

Stream the track below and read Ford’s full statement.

“I first started working on “Mama, I Wanna Be James Brown” because I kept seeing, all around me, that we do not live in a world where everyone is treated equally, where everyone is allowed to live freely as themselves, as who they want to be, as who they need to be, as who they are. There are people in this world who face bullying, unfair treatment in the workplace, verbal abuse on the street, fear of being physically or emotionally assaulted, and worse. People can be murdered, just for being themselves. Here in the United States, this troubling truth was illustrated yet again earlier this year with the murder of 49 people in the Pulse nightclub in Orlando, Florida on June 12. This particular event drove me to finish this song, and it’s just one in a string of incidents we’ve had to face in America, but sadly, no matter where you are watching this from, you likely face similar atrocities, and some even more horrific, on a regular basis. This is not ok. I do not want to live in a world where people have to face any form of oppression for who they are. I want to live in a world where people can express themselves, freely and creatively, and always be treated equally. In fact, I believe that if every man, woman, and child in this world were enabled with the opportunity and resources to do just that, many of the problems we face would be erased.”